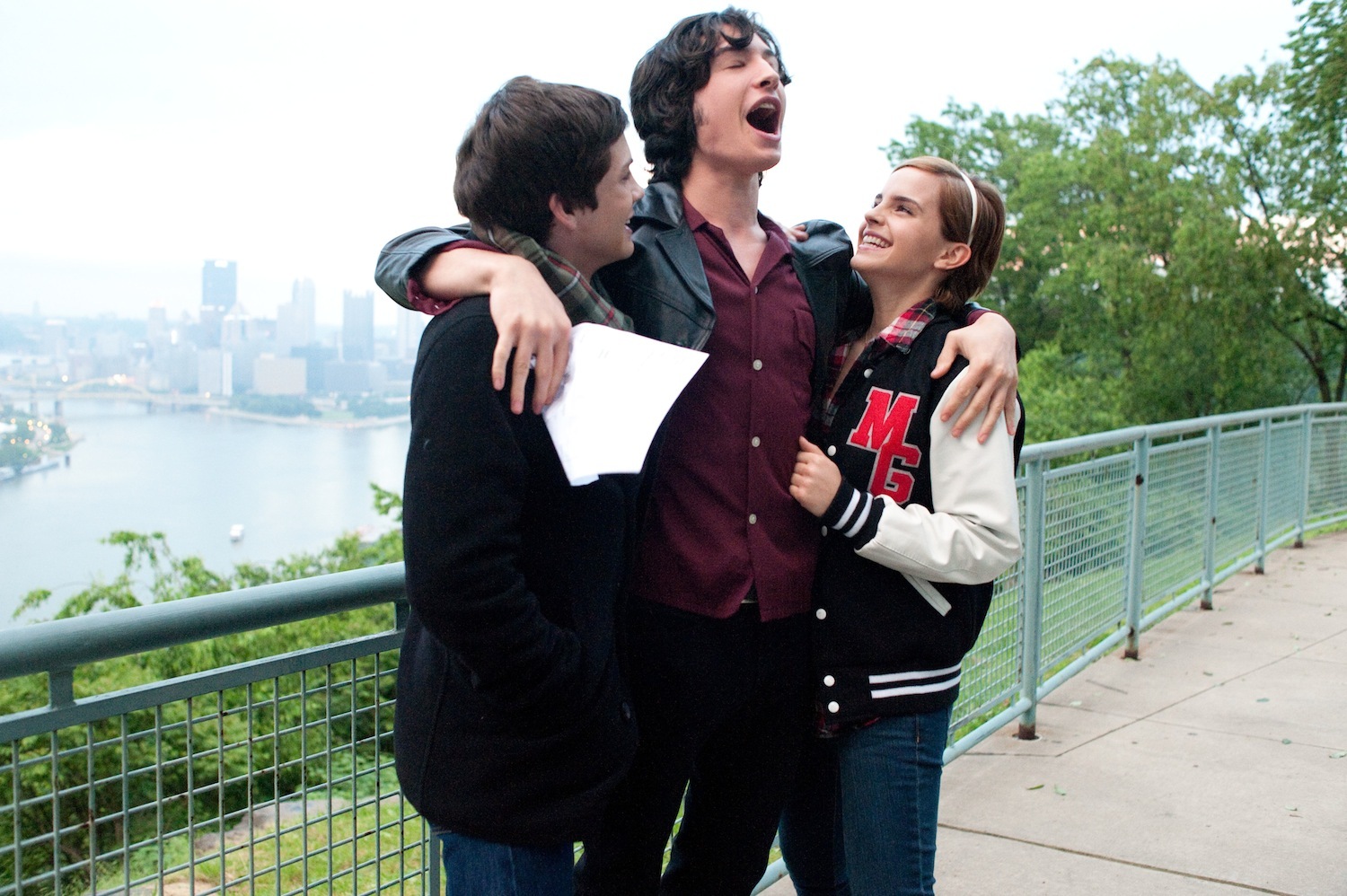 The plot revolves around a young freshman, Charlie, just starting high school while dealing with mental illness. He is taken under the wing of seniors Sam and Patrick, her gay step-brother.

The entire cast gives top-notch performances throughout. Logan Lerman is wonderful as the lead character, showing a lot of promise and a bright future for the young thespian. (Stay away from Percy Jackson kid, you’re so much better than that!) Emma Watson also does a fantastic job as Sam, balancing vulnerability and strong sense of independence at the same time. The supporting cast puts in wonderful turns as well. Reece Thompson does a great pseudo-intellectual -“Write poetry?….Poetry writes me.”- that Woody Allen would be proud of. Paul Rudd shows a surprisingly warmer side we’re used to seeing from him as the wise benevolent English Teacher. There’s even surprise Tom Savini! (Sex Machine from Dusk til Dawn) The real standout here though is Ezra Miller, who plays Patrick in a role that could have so easily been overdone and cliched. But here he proves once again that he is one of the top actors of his age-group(see Afterschool and We Need to Talk About Kevin for more).

Stephen Chbosky adapts and directs his own novel, and does a magnificent job. Without spoiling anything, this film does a masterful job at dealing with some severely heavy material. Here’s hoping Chbosky offers his talents to cinema more often.

This film does a real accurate depiction of what high school is like. The awkward situations when you are alone at a football game or the dance, or when you don’t have anybody to sit by at lunch are all situations Charlie deals with, and were situations I could relate. I mean don’t get me wrong, I didn’t go through half the shit these characters went through in high school, but it would have been real nice to have The Slut and The Falcon guiding me through it.

The thing this film really nails about high school though, and that hit me the deepest, was that in High School, you form these incredible friendships, and then sadly you are forced apart.

This ranks for me one of the most underseen and underrated films of 2012, and I highly urge you not to miss it.