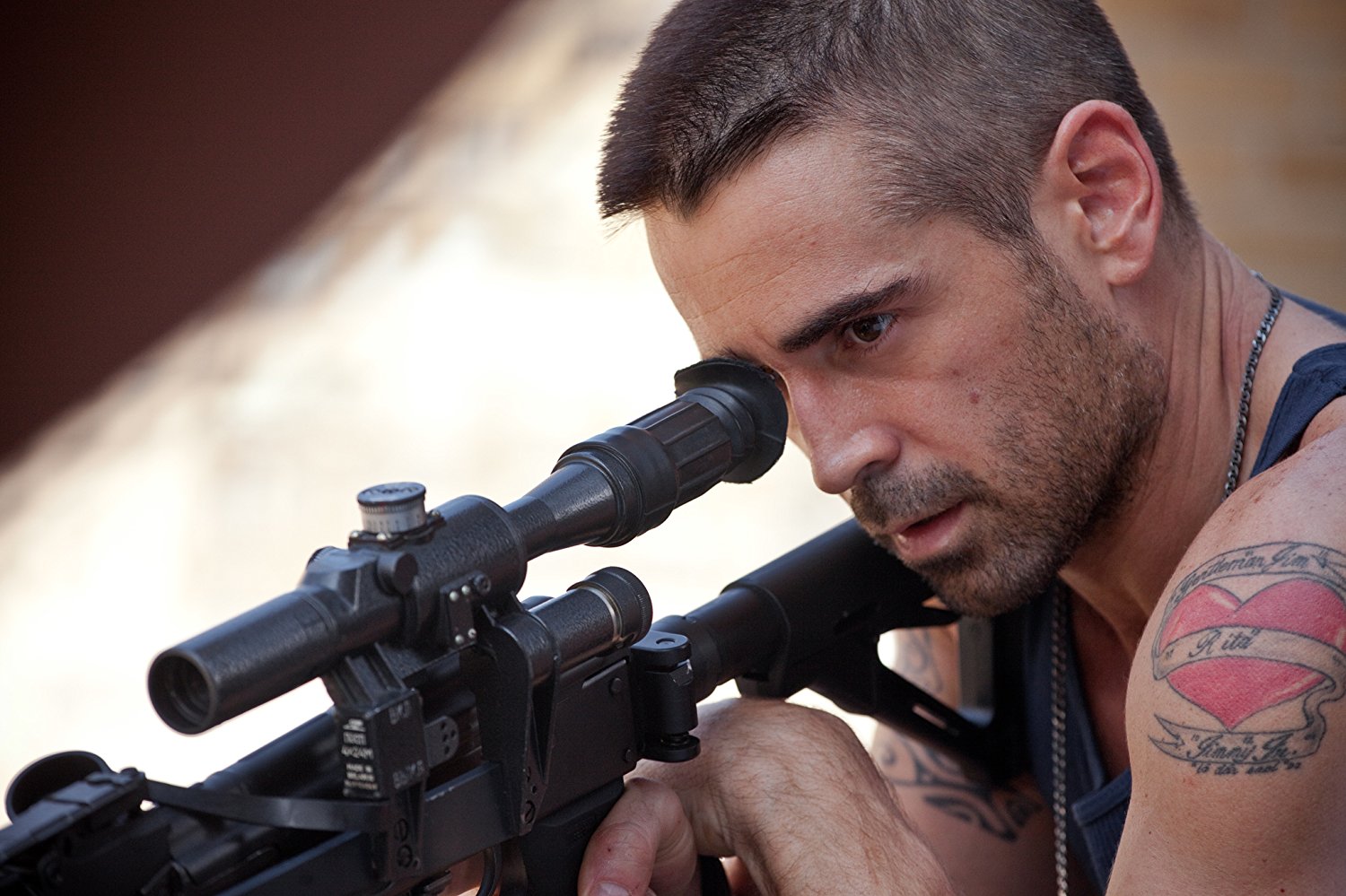 In Niels Arden Oplev’s english debut film, Colin Farrell plays a hitman in New York City who is blackmailed by a flirtatious neighbor Beatrice(Noomi Rapace), who witnessed him kill a man in his apartment. She forces him to carry out an act of vengeance for her. As the plot thickens, we find out nobody is really who they seem to be, as Victor is looking to carry out his own deadly vengeance against Alphonse(Terrence Howard), his boss.

Colin Farrell does a very good job in this film. He provides a great balance between the cold calculated killer he is while showing just underneath, he is a broken man at the end of the line who only wants justice. Noomi Rapace once again shows that she is possibly one of the most exciting actresses working right now. The fact that she can nail a character as fierce as Lisbeth and then do a role like this, where her character, like Victor, is also broken, looking for vengeance as a means to heal, is a true testament to her abilities. She has been consistently impressive since her breakout from Dragon Tattoo, and I look forward to seeing more of her. Terrence Howard also reminds us why we ever liked him in the first place, and really sinks his teeth into the role of Alphonse, the ruthless crimeboss who is on the edge due to an unknown assassin out there looking to end his life and organization. He is wonderfully ruthless in this role. There is a scene where he passive-agressively threatens Victor, and the way the dialogue was written, it could have been played out incredibly cheesy. But Howard brought real power and fear into the scene, elevating it. The real stand-out here is Dominic Cooper. This guy is one to watch, as he is only getting bigger and bigger. He plays Darcy, who is Victor’s closest thing to a friend and who also works for Alphonse. He brings a heartbreaking ambition to his character, who is looking to rise in the organization to provide for his new-born baby and wife. He becomes unknowing of his escalating, and potentially deadly, position in the plot as he sets out to identify Alphonse’s stalker.

Oplev seems much more in command and comfortable with his aesthetic than he was in his Dragon Tattoo film. He continues to show he is great working with actors, and with this film was also able to handle the larger, action oriented parts of the film and balance them with the intimate moments as well.

Unfortunately, this film sort of falls apart in the last 10 minutes. Out of nowhere it turns into a Jason Statham film. Everything that up to this point had been working was abandoned. It did a wonderful job at being a gritty crime/vengeance thriller, but in the last ten minutes turns into a ridiculous action film. The gunplay becomes ridiculous, and the characters that before were interesting suddenly become incredibly formulaic. Particularly Alphonse, who starts yelling out ridiculous 80’s action film villain lines: “I got something for yo ass!!!!*grabs machine gun*”.

It’s as if the ending was rewritten at the last moment. It’s quite contrary to the rest of the film, and really comes out of nowhere. This film is pretty good, and worth the watch for the performances, but prepare to be let down by the end.