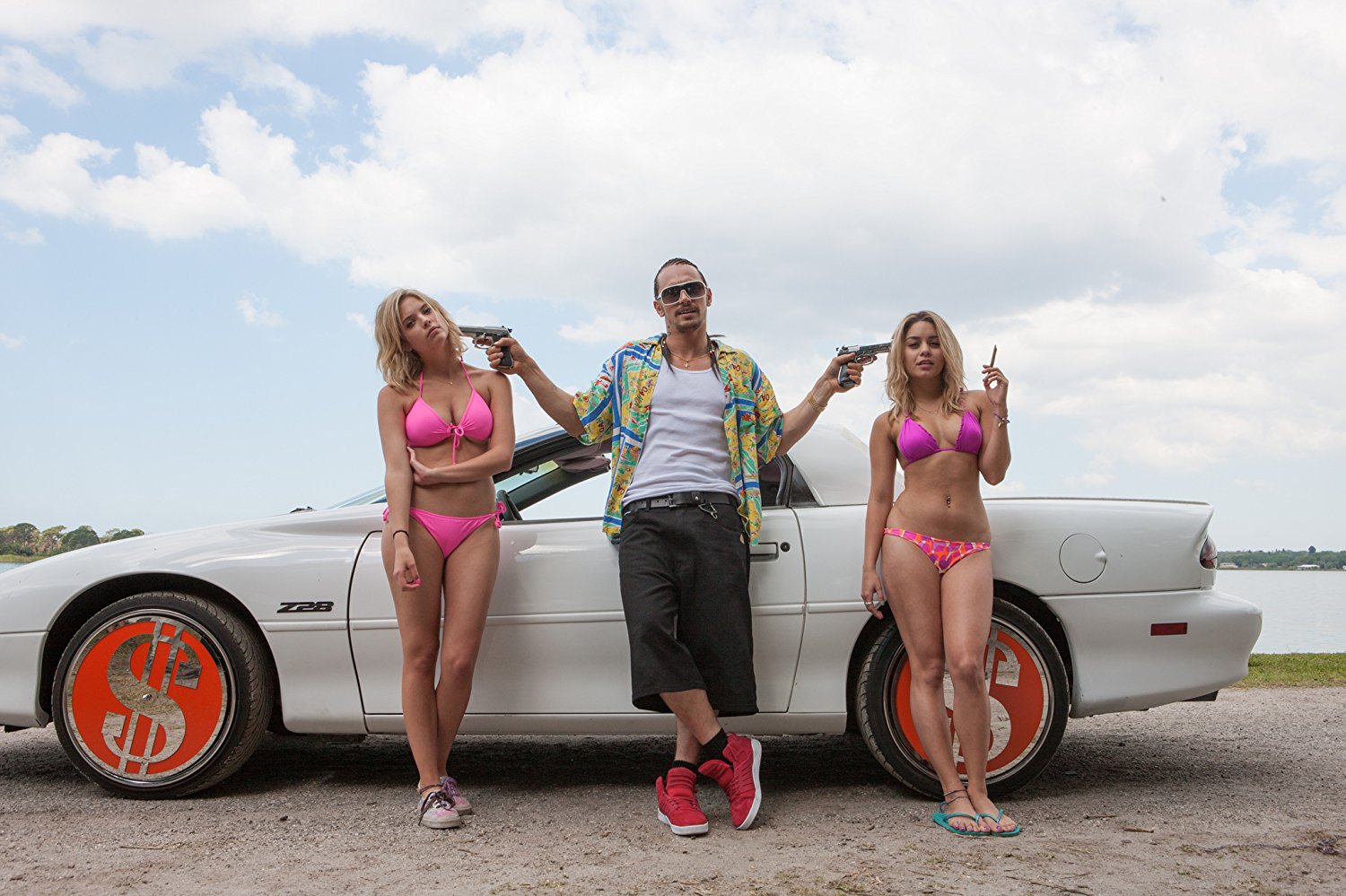 The plot revolves around four girls in college, Faith(Selena Gomez), Candy(Vanessa Hudgens), Brit(Ashley Benson) and Cotty(Rachel Korine) who are so desperate to go to Florida for Spring Break that Candy, Brit and Cotty rob the local chicken shack to acquire the funds. Once in Florida, they spend a few days partying hard, but are then busted by the law for drug possession. They are then bailed out by a white gangster rapper named Alien(James Franco) who then gets them to help him commit crimes.

While never a boring film, it is a film that suffers from some of Harmony Korine’s decisions. For one, it’s a mistake when halfway through the film Faith goes home, and is not in the movie from that point on. She is the character the audience has been connecting the most with, as she is presented as somewhat of a main character, and she’s also the only one of the girls who seems to have some sort of character arc going on. The other 3 girls are written painstakingly one-dimensional, all they have to them is that they like to party, have sex, do drugs and drink. Faith however is sort of torn between her lifelong commitment to religion and her friends, and getting rid of her halfway through gave the audience less to invest in.

Korine also repeatedly throughout the film will take certain lines of dialogue and replay it over and over in voiceover. While in certain parts it adds to the atmosphere and tension of things to come, the amount of times it’s used throughout the film lessens the impact of it, making it rather monotonous and lazy instead. He also transitions from each scene with some sort of gun sound(shotgun shell, a shot, gun cocking), and while the first few times it’s creative and foreshadowing for crazy things to come, the fact it’s used in every scene transition in the film, again, makes it seem lazy.

The film is at it’s best when it has a dark sense of humor employed, i.e. Cotty blasting Rihanna while she drives the getaway car during the heist, them burning the car, and the greatest use of a Britney Spears song in a movie ever(words cannot describe the epicness of it). It’s not that the dramatic aspects of the film fail, it’s just that they are not pulled off to the same brilliance as the dark comedy.

The biggest strength of the film lies in it’s acting. Each of the four girls have very strong chemistry with each other. But the real reason(and perhaps the only) to see this film is James Franco. He is absolutely brilliant in it. He had me and my friends laughing whenever he was on screen, we were totally enveloped in his performance. Imagine if his character from Pineapple Express smoked himself completely stupid, then moved to Florida to become a rapper/drug dealer. He has some incredibly funny lines”Bikinis and big booties that’s what life is all about y’all!“ “Look at my sheeyit!!!”, and really makes me wish the film would have been just about him. Because whenever he is off screen, my interest decreased. Perhaps we should ask Harmony Korine about doing a spinoff?