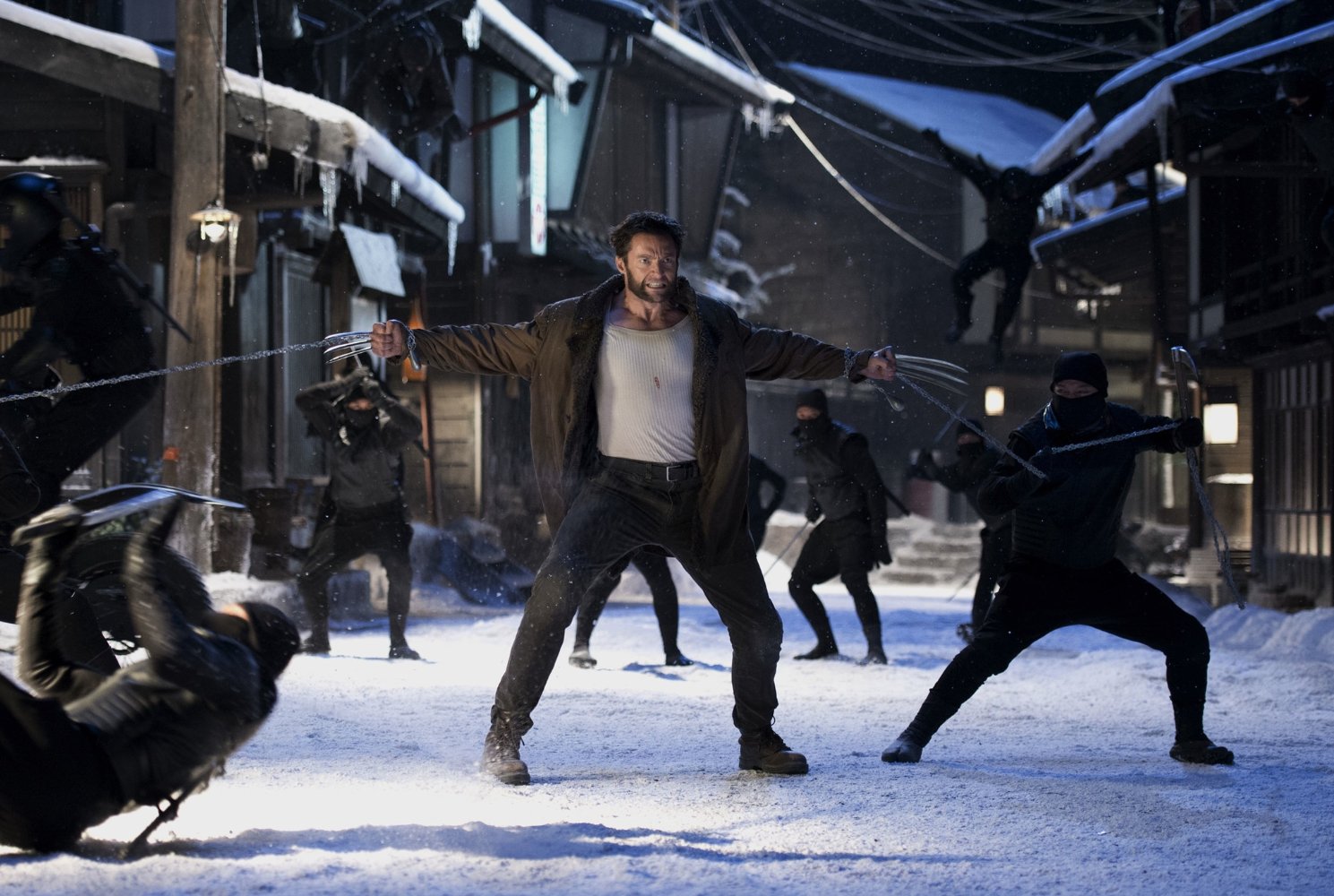 It’s beginning to get a point with superhero films where we can’t be surprised anymore, as each one seems to follow a certain origin framework. And the fact that this character already had one that was terrible, makes it seem even less likely that a second go at Wolverine could be any good. But against all odds, it’s rather fantastic.

Now first off, this movie does have it’s problems. The 3rd act is a mess logically, and some of the performances from the supporting cast could have used work. But this film is, if you can call a Wolverine film this, refreshingly stripped down. James Mangold, a man who’s proven to be a more than capable director who can balance story and spectacle(Walk the Line, 3:10 to Yuma), steps in and gives us a fresh character-driven superhero film.

The story starts off in a breathtaking opening shot of the atomic bomb being dropped over Nagasaki in WWII, where Logan saves Yashida, a Japanese soldier. Cut to modern day, Logan is haunted by his memories of having to kill Jean Grey(Famke Janssen returning in a glorified cameo) in X-Men 3: The Last Stand. He is living in the wilderness until he is called to Japan by Yashida, who is dying and wishes to say goodbye. When he arrives, Logan is thrust into a journey involving the yakuza, corporate villains and a fight for his own mortality.

Hugh Jackman as Wolverine is one of the greatest casting decisions made in Superhero movie history. In fact, the only reason why I’ve seen the dreadful X-Men Origins: Wolverine the countless times that I have is because Hugh Jackman is just the perfect Wolverine. He will always be the definitive Wolverine, and in this film he proves it even more than in films past. There will come a day when Hugh is too old to don the claws, and I already feel bad for the actor who will have to match up to what he’s done for the character.

I mentioned previously that the 3rd act has problems logically, but while you’re watching it, you don’t think about it too much. And that’s because of the work that’s gone into the character development this time around. I’m a pretty big believer that you can stretch logic pretty far in a film and the audience will run with it if they are invested in the character. I look at films like The Dark Knight Rises, and The Avengers and Star Trek: Into Darkness(Which I all liked), which all had ridiculous and logically flawed 3rd acts, even for the universe they were set in and what types of films they were. But while I was watching them, I didn’t even give those problems a thought because the filmmakers had taken the time to give the audience reasons to latch onto the protagonists as well as having real stakes in the climax. This film too does that, taking it’s necessary time with the character building, not hurrying to get to the next action set-piece. It ends up really bringing the audience closer to Logan than previous films.

The action is very solid as well. If you’ve wanted to see Wolverine just go to town in his slicing and dicing of enemies, look no further. The action in the film really stretches the PG-13 rating, which will please most fans who’ve always wanted a harder, darker Wolverine film. The bullet-train action sequence had me at the edge of my seat and will likely remain one of the most impressively put together action scenes of recent memory.

What’s perhaps most impressive about the film is how much it pushes Logan to his limits, something that’s rather hard to do considering he is immortal and heals immediately. But this film finds a way to bring him down a couple pegs, and put him in real danger, creating a vulnerability in the character that none of the previous films quite ever had.