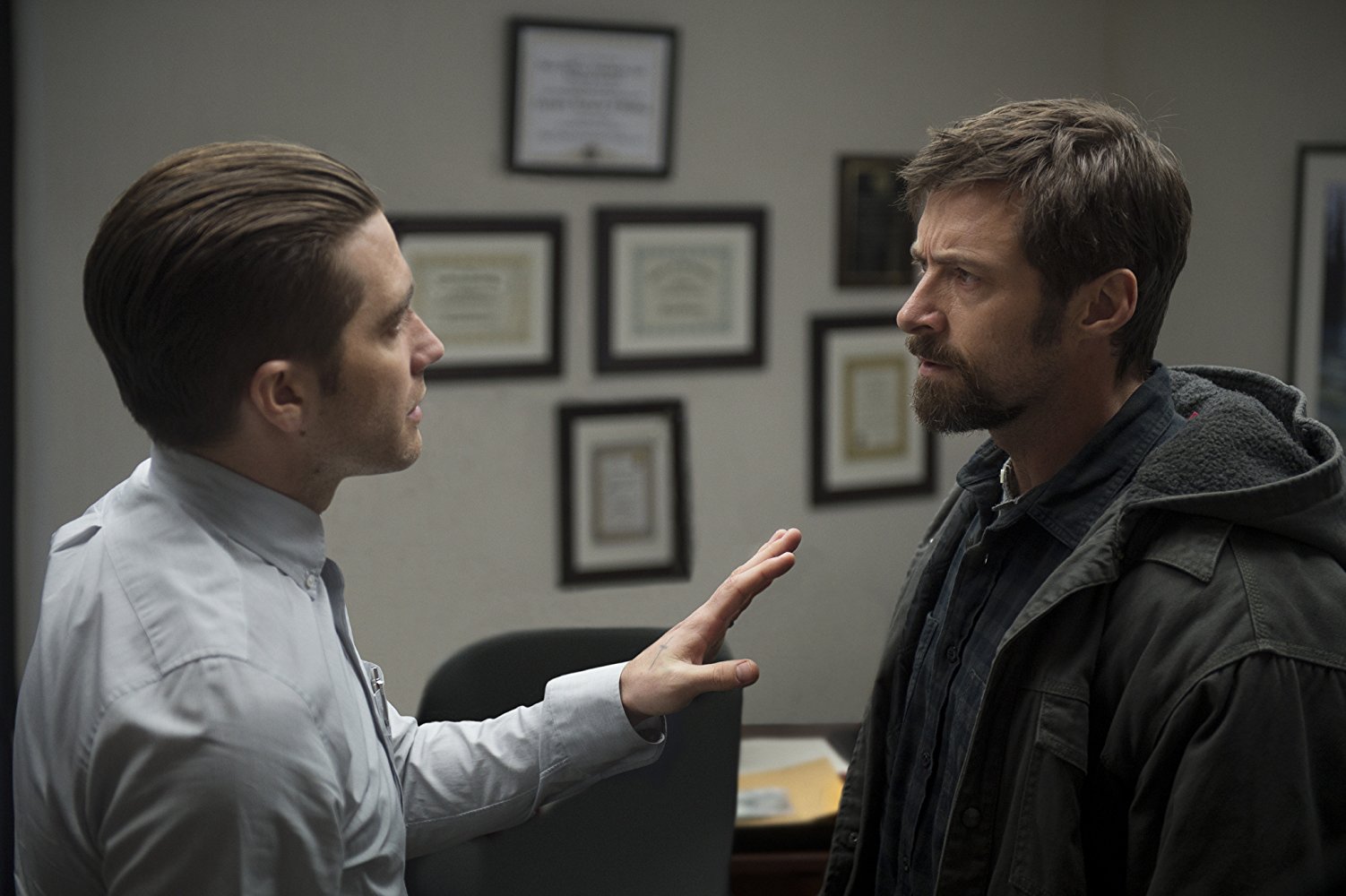 When I sat down to watch this, I wasn’t prepared for how fantastic this film would be. I did have some expectations based on the caliber of the talent behind this film, but I did not expect to walk out having just seen one of the best films of the year.

The story begins with the Dovers and the Prices, two close families having Thanksgiving dinner together. Keller(Jackman) is a carpenter and all-around handyman and family man. The two daughters of each family leave to go play at the Dover’s house, and are not found later. The police are brought in, as the search for them begins led by a young Detective Loki(Gyllenhaal). The man they bring into custody for the kidnapping, Alex Jones(Dano) is let go due to lack of evidence. Keller takes it upon himself to get the answers from Alex, kidnapping him.

Hugh Jackman gives one of his strongest performances in this film. Don’t get me wrong, I’ll never tire of watching him playing The Wolverine, but it’s always nice to see him in more dramatic fare like this. He plays Keller wonderfully, really tearing up the audience about whether he’s right or not in his actions. He gets the loudest acting moments in this film, which is perfectly complimented by Jake Gyllenhaal’s performance. Gyllenhaal gives a wonderfully subtle performance, bringing his tough and persevering detective to life. It’s in the details of his complexion that we understand what drives his character. It’s really a shame we typically only see him in one film a year. Paul Dano has been wowing us in supporting roles for years, and he continues to do so here. It’s only a matter of time before he gets more leading roles. The rest of the supporting cast give solid performances as well. Terrance Howard and Viola Davis are captivating as the parents of the other kidnapped daughter, and Maria Bello convincingly portrays the mother falling apart at the seams. Melissa Leo is great as always as Alex’s loving and homely aunt.

Denis Villeneuve directs this film with the perfect balance of thriller aspects and character moments. Even at 2 hours and 30 minutes, the film never feels slow. No time is ever wasted. Each moment on screen has importance to the film. You could feel the audience being gripped the whole time, and when it finished I found myself taking deep breaths to calm myself. Roger Deakins, who is without a doubt the best working cinematographer, lends his legendary talent to the film. He perfectly accents the characters frames of mind and realism of the tension with a naturalistic lighting approach we don’t typically see from him. Each year he’s not nominated at the Oscars for his work that year, it just doesn’t feel right, and he’s ridiculously overdue for a statue. Johann Johannsson scores the film, and it’s a perfect companion to the film. The score never overstates the emotion on screen, instead complimenting it.

Aaron Guzikowski is a newcomer, but his script is completely airtight. The mystery unfolds in a perfect manner in which the audience is continually guessing, and most importantly, it treats it’s audience with respect. He dolls out just the right amount of information incrementally to allow you to figure out what you need to know at that point of the film. Even at the end, when the kidnapper is revealed, and some obligatory expository dialogue happens, it’s not overdone. It still gives you just what you need to know to piece together the intricate puzzle. And what’s even greater, is that the puzzle has no missing piece at the end. I’ve rethought that film over and over, and I can’t find any missing part of the mystery. It’s all covered.

Prisoners is a rare balance of thriller mechanics and character study. It brings to memory films like “Memories of Murder” and “Zodiac”. Like both those films, Prisoners will be talked about for years. Unlike both those films, it hopefully won’t have to wait as long to find it’s audience. I highly urge everyone to go see Prisoners.