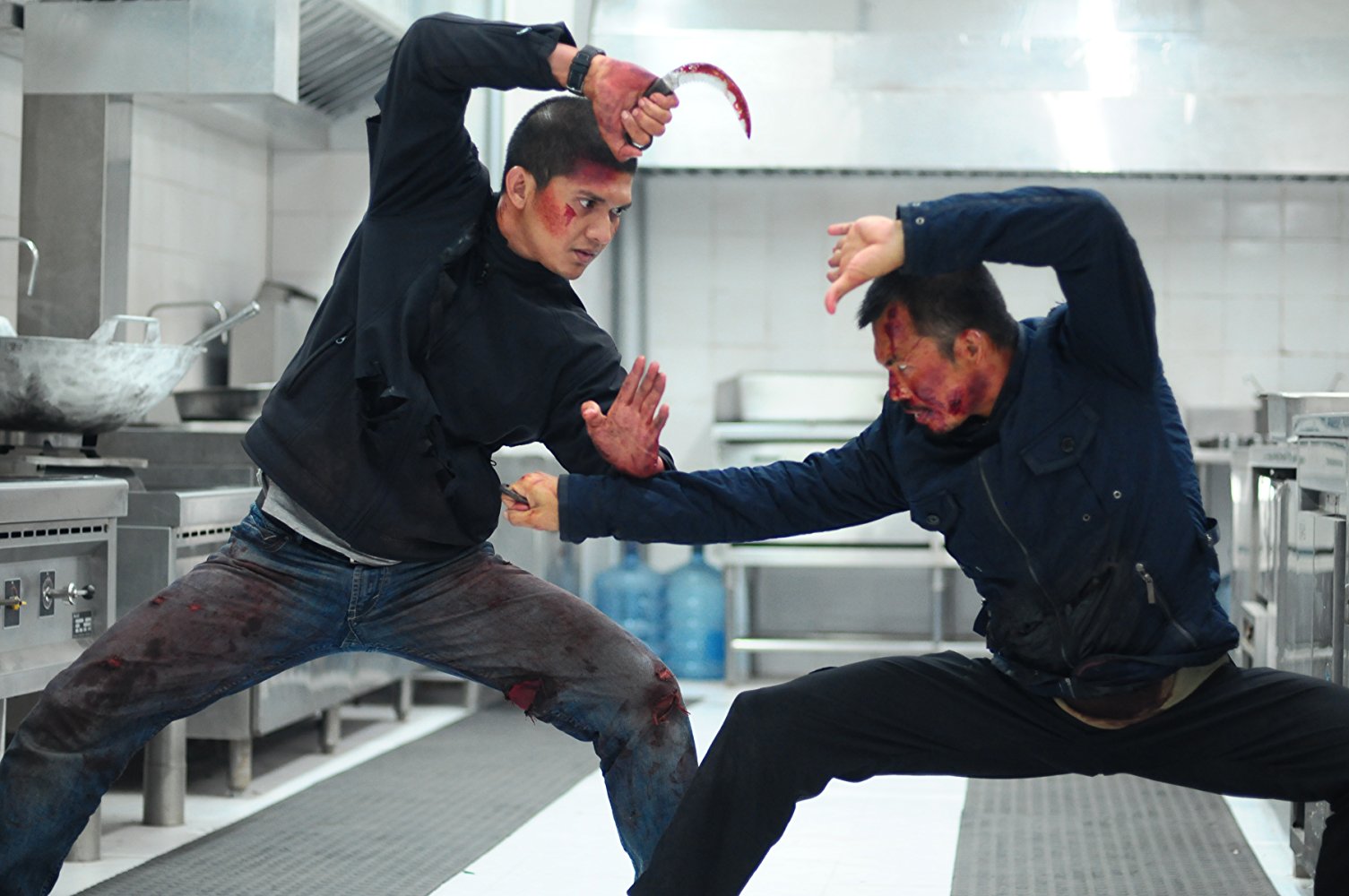 Has anybody thought up the subgenre classification of “Action Opera” yet? If not, I’d like to coin it, because that’s honestly the best way to describe Gareth Evans’ followup to “The Raid: Redemption”, which was one of my favorite films that year, with the sequel joining those ranks this year.

This film finds Rama(Iko Uwais), just hours after the first film as he gives over the evidence to a quasi-Internal Affairs cop Bunawar. Bunawar isn’t interested in that though, and he over time convinces Rama to go undercover in prison under the name Yuda(nice Merantau reference) and infiltrate Bangun’s mob by getting close to Bangun’s son Uco(Arifin Putra).

If anyone wasn’t convinced that Uwais is the current great action star by the first film, then this one will lay rest to any argument. He’s practically a one-man army in this film taking down scores of goons at a time with the precision of a brain surgeon and the grace of a ballet dancer. It’s important to note that all the performers in this film are well-trained – some even masters – in their respective martial arts forms, most notably Pencak Silat. Evans capitalizes on the skill of his cast, letting you know that each hit is real. You wince in pain at what you’re seeing, and then laugh for relief immediately after. Yayan Ruhian returns in this film, but naturally in a different role than Mad Dog from the first film. His character of homeless assassin Prakoso is just as deadly though, as displayed by the 50 men he takes out in a club by himself. Arifin Putra is an enjoyable sleazeball as Uco, out to make a name for himself. However perhaps the most memorable performances come from those with the least scenes. Julie Estelle and Very Tri Yulisman play assassin sibling who go by the name of Hammer Girl and Baseball Bat Man. They have all of 3 scenes, but make each of them iconic. By their names, I’m sure you can guess their weapons of choice, and Evans indulges in darkly comical and brilliant gags with their tools.

Everything about this film is bigger than the first. While the first took place in the claustrophobic setting of a high rise, this film has Evans painting on a city wide canvas. There are shades of “Infernal Affairs” and it’s American remake “The Departed” within the world of this sequel. If “The Raid: Redemption” was Evans’s answer to the action genre influenced by “Die Hard”, then “The Raid 2: Berandal” is his answer to the crime genre influenced by “The Godfather”.

While the plot of the first film practically jumped out of the way to make room for the battering and bruising to occur, this film invests solid chunks in building it’s high stakes politics of the expansive world of crime Rama finds himself in. The plot still finds a way to just fall by the wayside for some kneecaps to be shattered. In any other film I would be disappointed at this, but when the violence is as intricately choreographed and brutal as this I can’t be disappointed.

At 150 minutes in length, at points I asked myself if this film was losing traction, and maybe it really was. But in those moments, I realized these breaks were all just setup to the next mindblowing action scene to take place. And boy did they take place. Evans manages to outdo himself several times sequentially throughout the film. He starts with the claustrophobia of a prison brawl that all takes place inside a single bathroom stall. Throughout the film he upgrades the stakes, space of location, weapons and number of enemies in a prison yard, porn den and car all leading up to a final boss-like fight in a kitchen that blows every action scene – and how we think of them – out of the water. As a critic I’m supposed to steer away from making carpet-bombing large generalizations about the film, but every now and then a film comes along that is worth making those broad strokes for: All the beatdowns Rama delivers in the film? That is metaphorically what Evans and Uwais are doing to everyone else in the action genre.