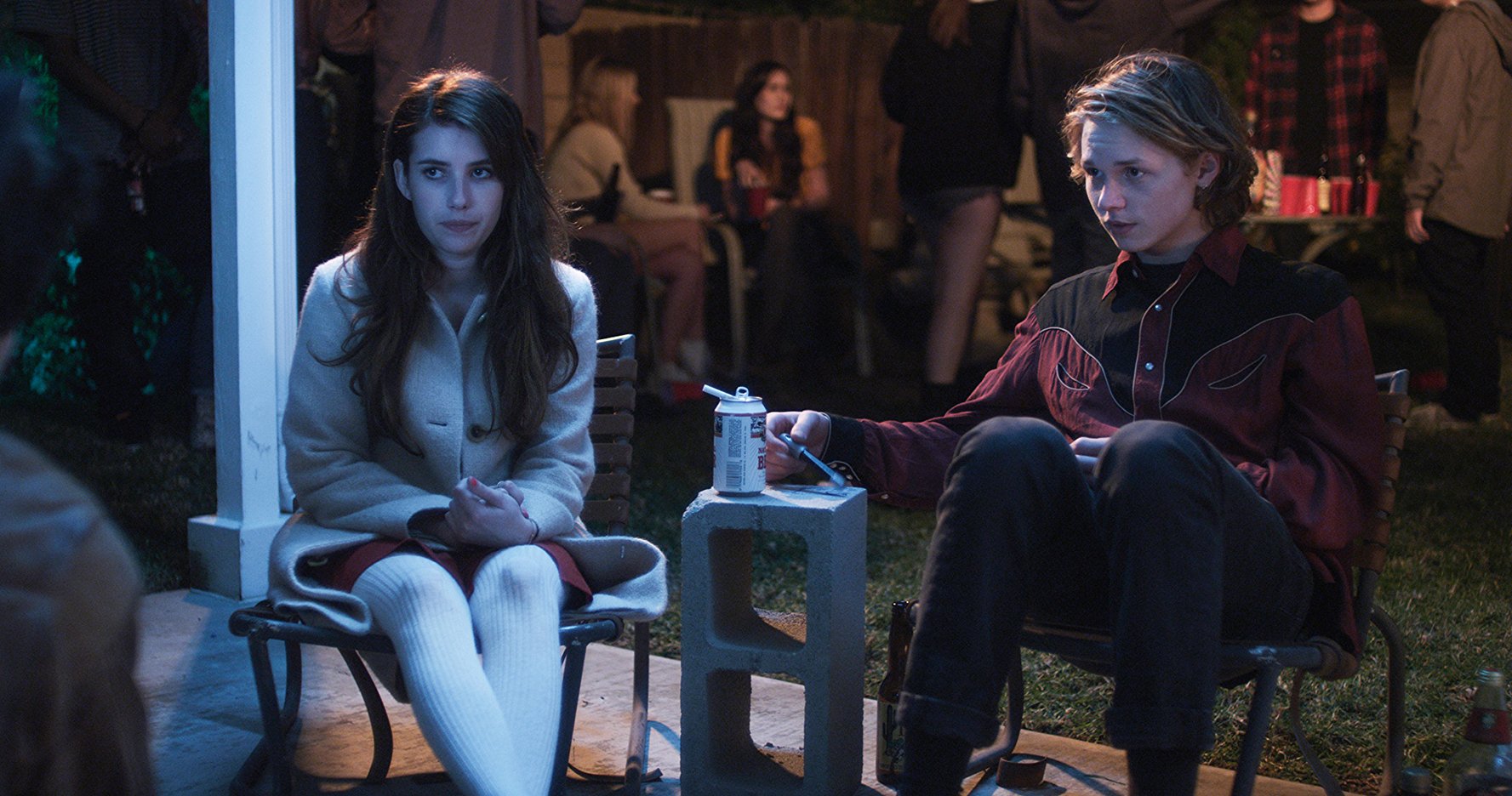 There’s a certain desperation that clings to all the characters that surround the high school in this film. Amiable stoner Teddy (Jack Kilmer) is desperate for April’s affection. April (Emma Roberts) is desperate to find her way in an uncertain future and navigate her relationship with soccer coach Mr. B (James Franco), who is desperate to tell himself that his best days aren’t behind him through his affair with April. Lonely Emily (Zoe Levin) is desperate for any attention at all. Teddy’s friend Fred (Nat Wolff) is desperate to alienate himself from convention and enrage anyone he can.

The problem is that the film is just as desperate as the characters, but not in a way that compliments the whole piece. It’s desperate to mean something, to capture the lives of the current teenager. It is desperate to take place in a timeless dream like state and meanders through the plot to achieve this unsuccessfully. First time writer and director Gia Coppola doesn’t exactly distance herself from the family name, staying in the shadows of Sofia Coppola’s aesthetic.

Still there is promise in Gia Coppola. She directs the actors well, drawing good if not capable performances from them. Emma Roberts delivers one of her more effective and nuanced performances to date, placing the various amounts of pressure crushing down on her lying just behind her exterior. Nat Wolff is certainly having fun with his role of lovable dickbag Fred, but doesn’t play him as a joke. He has genuine affection for the character, and we in turn just might as well. James Franco is a little too convincing for comfort as a teacher who sleeps with his students – in the sense it doesn’t feel like he has to put on an act – but that only adds to how effective his performance is.

Gia Coppola also manages to conjure up some genuinely effective scenes. The subtle ways in which Teddy and April never seem to connect with each other the way they want to is handled well. But especially regard the scene in which Fred nonchalantly narrates a horrific encounter with Emily, seen in shots of her smiling at him. It’s a truly haunting scene, and adds a layer of gravity to the film and both characters of Fred and Emily. I can’t say I’ll be first in line to see Gia Coppola’s next film, but I am interested to see what it is.