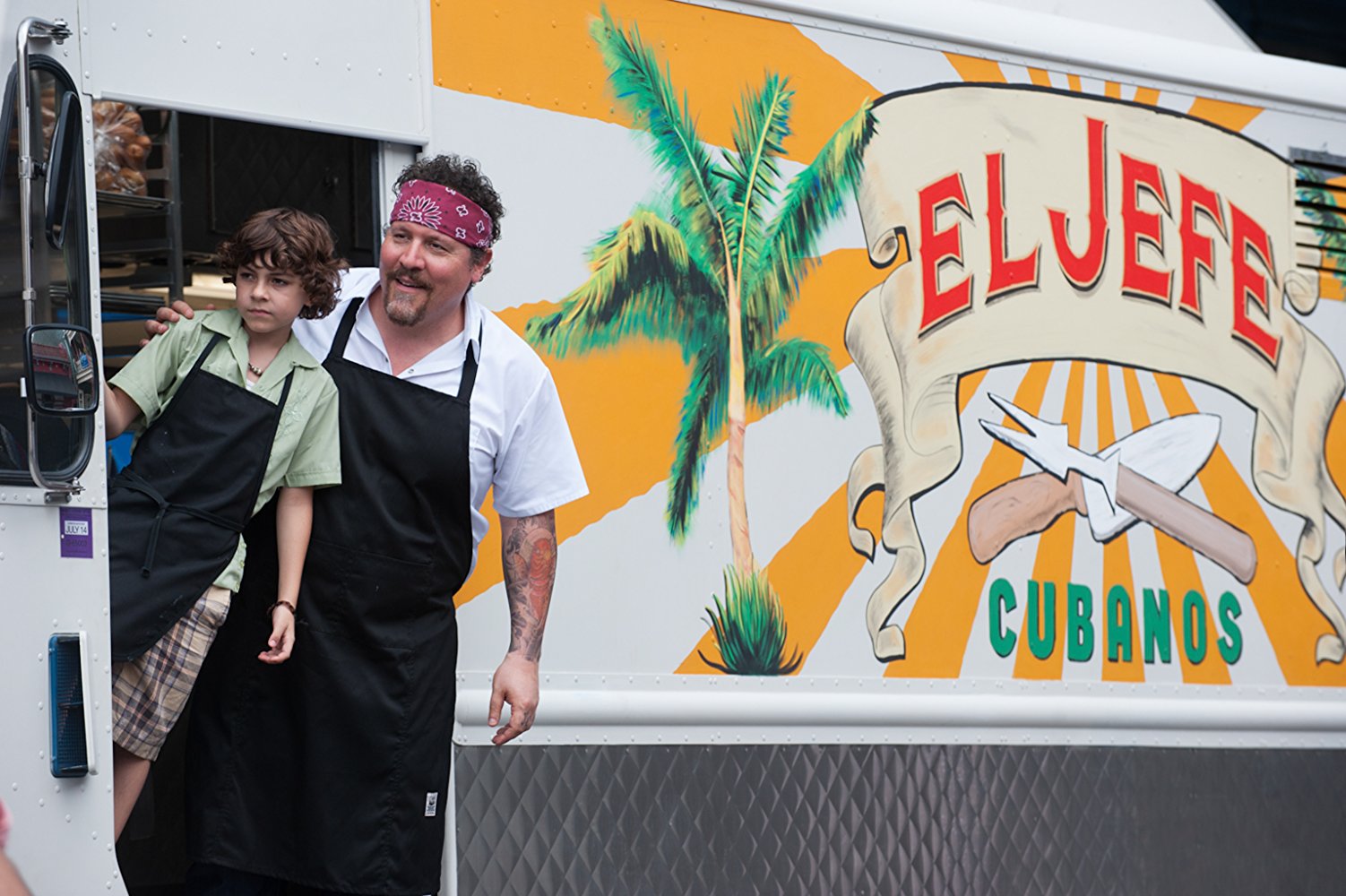 There’s always something so admirable about watching an artist take their frustrations and paint them out on the screen to make them seem universal without losing the personal touch. He’s just done a commendable feat in making a movie about himself while making it accessible and universal enough that the audience actually thinks it’s about them. With the plot following an artistic chef Carl Casper (Jon Favreau) as he quits his job after a bad food review and fighting with the restaurant owner over control of the menu, he sets out to recreate himself on a food truck venture and reconnect with his family. The parallels between Casper’s journey and Favreau’s own troubles with Marvel studios over control of the critically denounced Iron Man 2 aren’t hidden too deeply.

There were multiple points of the film where my friend and I just looked at each other with eyes wide and jaws open, just at the realization of how autobiographical this all was for Favreau. With characters ordering Casper to stick to the menu they’ve always had, which he takes as just doing the same old thing and not doing anything meaningful – replace any food word with a film word and you’ll believe Favreau has really had these debates with the suits. When he’s yelling at the food critic that people worked really hard for what he ate, he’s essentially venting to his critics that sneered at Iron Man 2.

Favreau surrounds himself with a talented cast in John Leguizamo, Sofía Vergara, Scarlett Johansson, Bobby Cannavale, Oliver Platt, Dustin Hoffman, Amy Sedaris, newcomer Emjay Anthony and a hilarious scene-steal from Robert Downey Jr. None of these performers are given anything terribly groundbreaking to do, most just offering either praise or insult to Casper. They all service the film well though, each adding their own ingredient to the meal.

This doesn’t necessarily have much to do with the quality of film, but it was rather refreshing to see a film that embraced the technology of social media and hashtags. Where other films take whatever cheap shot they can at “kids these days”, this film struck a certain truth about Twitter. You need it in this day and age to market yourself. You can see that as depressing or positive, but either way it has become a necessity. For a film to acknowledge that was strangely refreshing and millennial.

The dynamics between characters are nothing we haven’t seen before. The father and the son have trouble connecting, he and his ex-wife are on good but unsure terms, his friends all look up to him. But it’s so earnest in its characters that you can look past the clichés. It’s right up front with its message about doing what makes you happy and being your own boss regardless of consequences, and you can’t help but cheer along for Casper because he could just as easily be you. Somewhere along the way you realize you’re not rooting for Casper, you’re rooting for yourself. It’s an effective trick by Favreau that defeats the pessimist in me. It’s so feel-good that it would mostly evoke eye rolls, but it’s so honest and truthful about it all that those eye rolls turn to nods of affirmation. As the credits started rolling my friend leaned over and remarked: “I hope Edgar Wright sees this film.” I hope he sees it too.