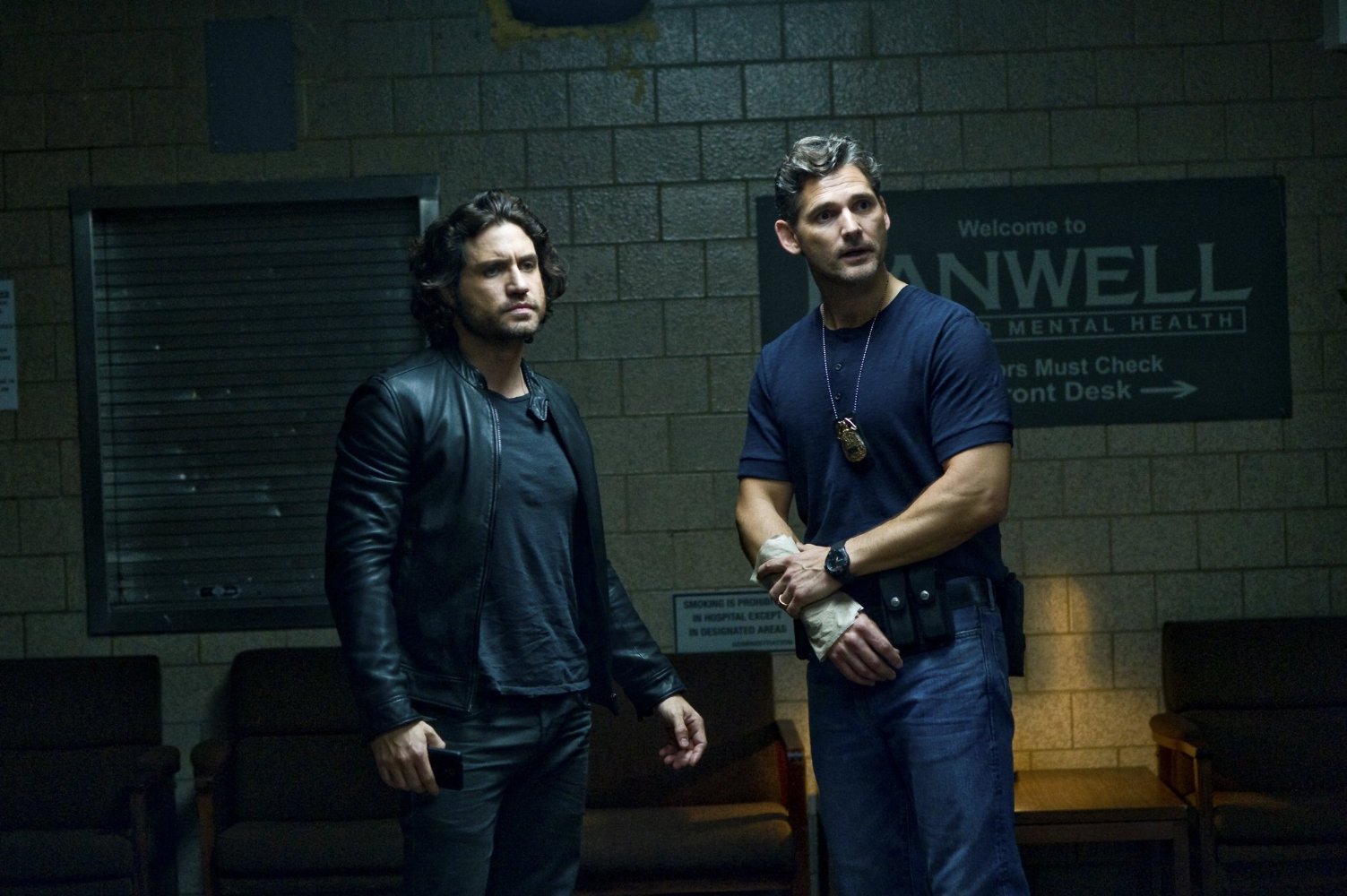 At some point in the film Jesuit priest Mendoza (Edgar Ramirez) proclaims to protagonist Officer Ralph Sarchie (Eric Bana) that “There is two types of evil in this life, Officer Sarchie. Secondary evil, the evil that men do, and primary evil, which is something else entirely.” Director Scott Derrickson’s horror films at their best manage to stride the line between the two – between human nature and the supernatural, between the explainable and the unexplained. It’s the consideration of both sides that made The Exorcism of Emily Rose so engaging, and what made everything but the last 5 minutes of Sinister so compelling. There’s something so terrifying about not being sure whether the evil is natural or supernatural. This film attempts to toe the line between the police procedural – the evil that men do – and an exorcism film – something else entirely. It’s an intriguing idea to merge the two genres, but each genre is trying to out-trump the other that the result is a film that is far more confused than engaging.

The plot is inspired by the “real life” accounts of retired NYPD Officer Ralph Sarchie as he investigates a series of crimes with connections to the occult, eventually teaming up with the previously mentioned Jesuit priest Mendoza to uncover a string of possessions in the city.

The biggest problem is that everything in this film is the loudest and explosive form it can be. It wants to be all cop films and all exorcism films to all people. The film has a bonkers opening in Iraq as 3 soldiers unearth some ancient evil. Not even twenty minutes into the film Sarchie has to pull a gun on two lions. This is a film where characters casually decide to have an improptu exorcism in an interrogation room and only one out of four characters there pauses to question the logic of this situation the film goes with. The fact that that pivotal exorcism scene plays more like something from a Bad Boys film rather than anything with terror or immediate threat doesn’t help. The film fills itself with plotholes so gaping you’re convinced considerable effort must have been made to put them there. When Sarchie is attacked on an investigation, why does he not report it instead of continuing like it never happened? When a recent arrest of his escapes a mental institution, why is he – or anyone for that matter – not notified? The film gets so caught up in trying to be the biggest possible mashup of genre tropes that it becomes a self-defeating and forgettable effort. This is Derrickson misguidedly channeling Michael Bay.

The excess of archetype passes onto the performances. Eric Bana puts on the most stereotypical New Yawkah accent he can. Edgar Ramirez plays a hard-drinking, chain-smoking priest that always seems only a few steps away from fighting demons with his fists. Joel McHale doesn’t just play the overconfident prick he always does, he plays an overconfident prick that cracks wise and kicks ass as Sarchie’s partner Butler. Olivia Munn isn’t just a concerned wife, she’s every concerned wife in film history and that’s all she’s allowed to be in this film. She can’t have a scene without Derrickson forcing her to complain to her husband that he’s never home. This could have been a wonderful piece of exploitation filmmaking if anyone working on it accepted how silly it all is, rather than drowning it in self-seriousness that never has the desired effect.

To Derrickson’s credit, he crafts some great scares when he takes the breath to do so – mostly in scenes taking place in Sarchie’s daughter’s room. I don’t know if this is a compliment, but I doubt I’ll find a horror film with this many Jim Morrison references either – he practically becomes a plot device. Derrickson’s done much better before this film, and I’m sure he’ll do much better in the future with Doctor Strange and other projects, but it’s still disappointing when a director as talented as he is turns in something as mindless and formulaic is Deliver Us From Evil is.