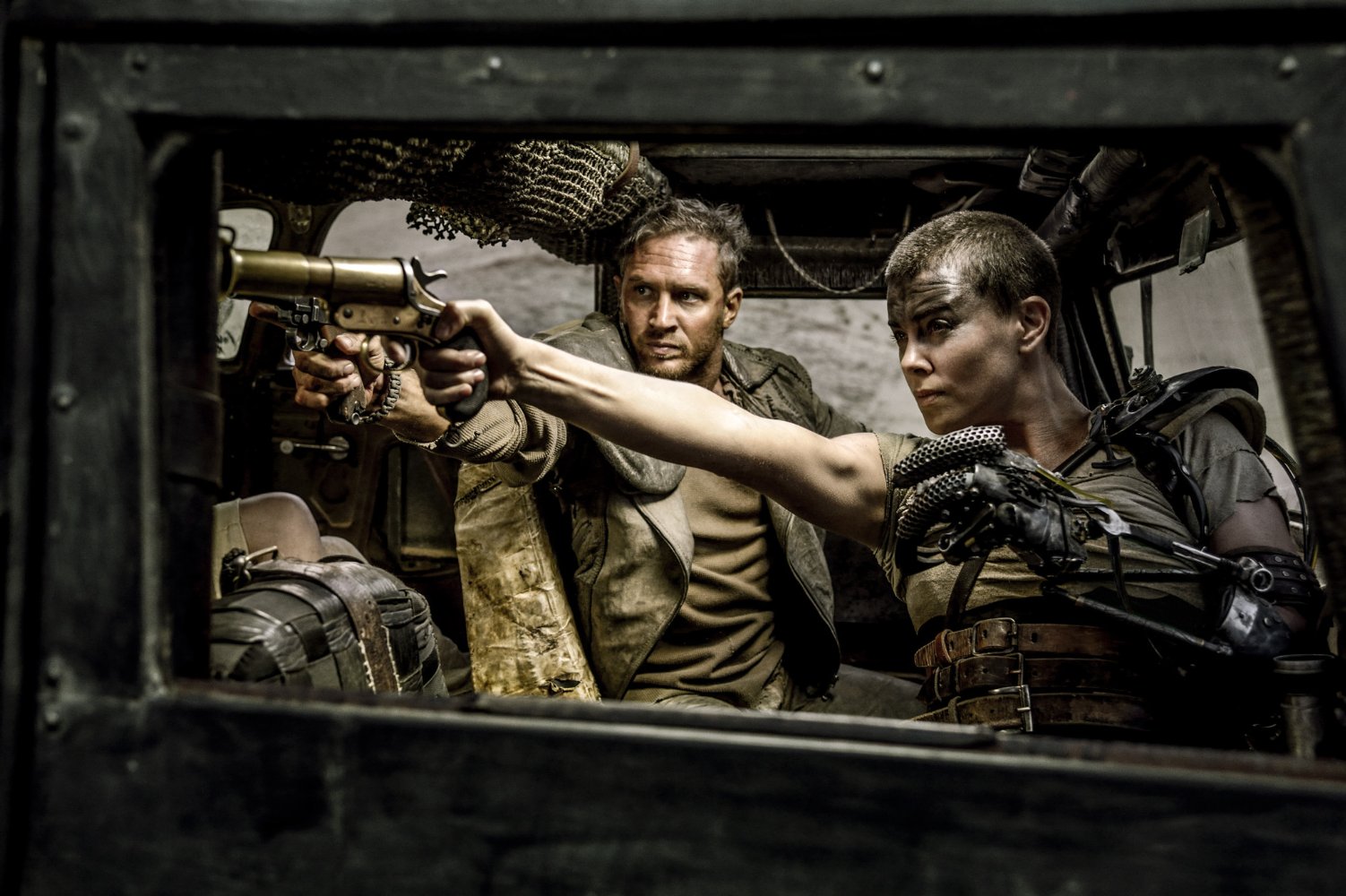 Just a week ago I finally went to see Avengers: Age of Ultron. What was one of the biggest studio spectacles of the year was also one of the absolute worst films of the year. There was no spectacle, there was no thrill, there was no fun. There were hundreds of millions of dollars up on the screen, but it was all instantly forgettable. It was the complete dark side of Hollywood filmmaking, just a cash grab that only existed to fuel the endless hype cycle. Could there still be hope? In comes George Miller, crashing and exploding through everything in his path to deliver the greatest of Hollywood filmmaking. This film is the antidote to the dull mess of Age of Ultron. It is cinematic healing. Every dollar spent on Mad Max: Fury Road is on screen in the most spectacular and unforgettable fashion. There is loads of spectacle, thrill and fun – but there’s also a rich sense of character, world-building, storytelling and a sobering kick of feminism. It, unlike Ultron, is one of the best films of the year.

This installment finds Max (Tom Hardy) getting captured by warlord Immortan Joe (Hugh Keays-Byrne), and ends up teaming with Imperator Furiosa (Charlize Theron), who has betrayed Immortan Joe to bring several of his enslaved young women to sanctuary.

Tom Hardy slips effortlessly into the iconic character originated by Mel Gibson, completely making it his own as he grunts his way through the film. There’s a comedic edge to how casually badass he is, but Hardy plays him as a man one wrong step away from completely losing his mind. You can see him throughout the film constantly fighting to keep his grip on his sanity. It takes a certain type of magnetism to say so little with words but so much with a grunt like Hardy does. This is really Charlize Theron’s show though. Her character of Furiosa is the arc for the audience to follow as she seeks redemption through the rescue of these enslaved young women. Theron holds back so much in each scene in her mix of fiery and stoic strength, the pressure of her journey constantly mounting. She, like Max, is fighting to keep it all in, but Theron tenderly lets out moments of quiet desperation that are authentic. Hugh Keays-Byrne – who played the villain Toecutter in the original Mad Max – returns to the franchise as Immortan Joe, a self-deified and irradiated warlord of the wasteland. From his first scene, with his booming deep voice echoing over the masses, he instantly becomes iconic. He’s altogether frightening and captivating, you almost believe he really is immortal like he has his subjects believing.

Each shot by Miller feels completely there by intent, no simple coverage or masking errors in cuts, everything you see was created as perfectly as you see it. The fact that he and Cinematographer John Seale shot the film in sequence – meaning scenes were not shot out of order than they appear in the script, as 95% of films otherwise do – adds to the mindblowing perfection of each shot. The film is for the large part a car chase, and every single bit of it is the type of action that makes your jaw drop. Miller storyboarded the whole film before even writing the screenplay, and it shows in each precisely framed and timed shot. Almost all of the tremendous stuntwork and insanity you see is done in camera with practical effects, and to watch it all take place on the big screen with that knowledge is enough to make you sweat in wonder of how the hell they shot all this. This is what masterclass action blockbuster filmmaking is.

This franchise started out as independent films, and Miller retains that sense of creative authenticity and excitement that he had nearly 4 decades ago at the start. Miller is 70 years old, and few directors (Scorsese is the only other one that comes to mind) can make it to his age and still be as refreshingly creative and exciting as he is with this film. This film took several years to make, and you can feel the effort of that in each frame, but you feel a sense of youthful filmmaking excitement as well that you don’t expect to see from a guy his age.

The score by Tom Holkenburg (Junkie XL) is his best movie work to date. He matches the heightened, crazed insanity of Miller’s visceral visuals with his mix of bombastic drums, pulsating strings and even some heavy metal guitar (courtesy of a blind guitar player that shoots fire out of his axe to rally the troops).

There are so many weird touches throughout the film that are completely bizarre yet add to the sense of authenticity within this world. The previously mentioned blind guitar player that jams out some heavy metal riffs – WITH FLAMES THAT SHOOT OUT OF HIS GUITAR – to rally the war party, several young “War Boys” get hyped to kill or be killed by spraying themselves with a silver spray-paint variant, one War Boy adorably names his tumors Larry and Barry, and a group of women have their breasts pumped for milk as casually as they are sitting in the salon waiting for their hair to dry. You could start listing the number of instances in which totally insane things happen in this film, and still wouldn’t have covered the bulk of it when you hit number fifty. Where most films would stop to explain every single thing, Miller knows better. To explain would dilute the charm and intrigue of it all.

Even with all the craziness, Miller still somehow injects the film with a tremendous and truly felt amount of heart. Nux (played warmly by Nicholas Hoult) has an engaging arc of an impressionable youngster and a tenderness with Capable (Riley Keough) that is infectious, even the fact that he names his tumors has a sympathetic effect.

Even despite the unforgettable imagery and kinetic action on display, what stays with you perhaps the most after the film is one line. “Who killed the world?”, one of the young women remarks whilst side-eyeing Max. Men have killed this world, and women have paid the steepest price for it. The societies run by men in this world are awful in every sense, yet the small band of women in this world have found strength, compassion and justice in their society together. The end suggests that maybe a world with women in charge is a world with a chance for hope. Let’s hope we don’t have to wait for apocalyptic conditions for us to consider that. We could use some hope now.