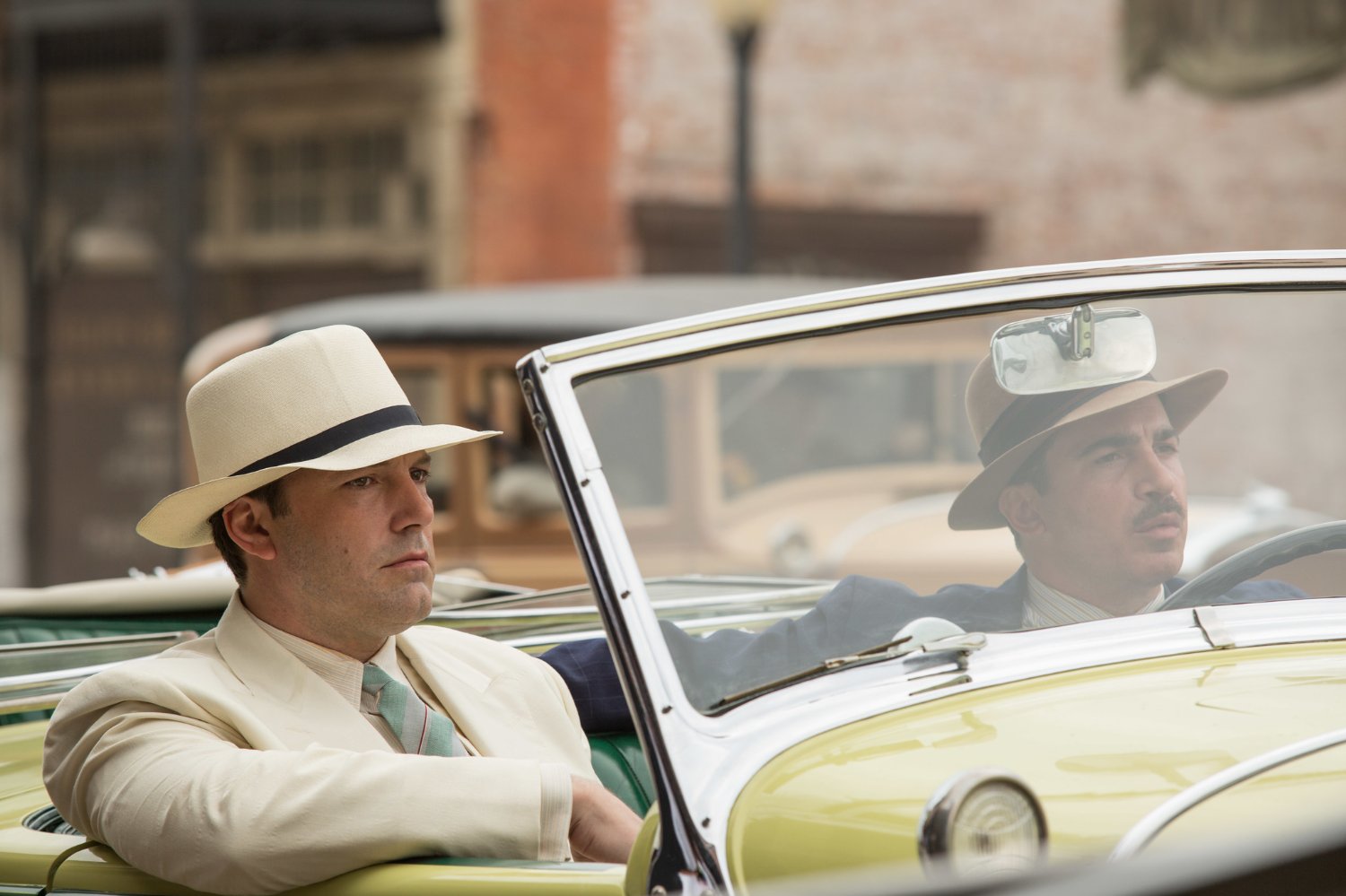 Few “comebacks” have been as surprising as Ben Affleck’s. Even those of us (I count myself in the group that stayed with him all those years) who saw it coming couldn’t help but be taken aback. Was this guy really that good at directing? The same guy who did Gigli and Daredevil back to back (Daredevil does have its pleasures though, to be honest) was out here getting snubbed for directorial Oscars? When my friend and I, both first class riders on the Affleck comeback train, saw both The Town and Argo, we just kept going “Ben Affleck did that???” Live by Night is his long awaited directorial follow-up, and it confirms Affleck is indeed a great director, but not in the way you think it would. It confirms his status because it’s his first directorial film that is a disappointment. To say it’s his worst film would make it sound like I hated it, which I didn’t, so we’ll call it his 4th best.

Live by Night, adapted from the novel by Dennis Lehane, follows Joe Coughlin (Ben Affleck), a WWI veteran who returns home to Boston where a different war is going on between the Irish led by Albert White and the Italians led by Maso Pescatore. Coughlin is having an affair with White’s girl Emma Gould (Sienna Miller), and is sold out by her when they plan to escape together. Saved by his law official father Thomas (Brendan Gleason) he goes to prison and three years later is released. Upon his release, he sides with Pescatore so he can go to Florida and head up his rum smuggling operation and seek revenge on Albert White. Christ, finally the film can get going. There’s a lot of “and then….and then….and then….” that takes over the pacing of the film. You began to feel left behind a few scenes in. It can never quite get past itself enough to feel completed. There’s so much going on in this film, yet it never really quite adds up to a significant whole. At a certain point you can’t decide if this should have been a 6-hour mini-series or if they should have cut out entire portions of the beginning.

The cast is capable, with positive turns from talents like Zoe Saldana, Elle Fanning, Sienna Miller, Chris Cooper and Brendan Gleason. Max Casella channels Joe Pesci. Also, Miguel is in this? Good for him. Robert Glenister is enjoyably icy as Albert White. Matthew Maher is the most fascinating to watch in this film. He plays RD Pruitt, a brief villain to Joe who’s a psychotic racist determined on bringing Joe down. There’s an exciting unpredictability of what could happen when he’s on screen, he livens up the film significantly in a short amount of time. Also, if somebody could point out where Titus Welliver was in this thing, I’d appreciate it. I see his name in the credits (he’s in all of Affleck’s films) but I never actually saw him in the film. The consistently underrated Chris Messina brings some welcome charisma and charm as Joe’s right hand man, actually carrying a lot of his scenes with Affleck. Which brings me to Affleck. It’s clear pretty quickly that he might have done well to cast someone else in the role of Joe. There are aspects of Affleck that lend themself to Joe, like his sense of weariness that hangs over him. But he just never feels right for the part, making Joe the least interesting character even though he’s the one we spend the most time with. He feels bizarrely uninterested in Joe, a character that has a lot of depth to mine that goes unevaluated by Affleck. Joe is a man trapped in wars designed by others and is struggling for a way out. That’s in the text, but not in the performance. It’s not that Affleck is necessarily bad in the role, he’s just not right for it.

Nearly every modern American crime film owes a debt to Scorsese, so why not get the guy who shot plenty of Scorsese’s films throughout the years? All-time great cinematographer Robert Richardson delivers incredible work here. While the overall pacing and storytelling is lacking, the look of Live by Night is utterly gorgeous. This film contains some of the best sequences that Affleck has directed, and given that this is the guy who brought us the 3rd act of Argo and the car chase scenes in The Town, that is saying something. The lighting is dreamlike, there are shots in this film that will cause you to be short of breath. The action sequences are supreme, constructed with immense skill and scope. They are among the best sequences Affleck has ever directed.

What Live by Night lacks is Afflecks steady handed understanding of storytelling and character. It’s easy to forget that early in his career, he won an Oscar for co-writing Good Will Hunting. The dude knows how to tell a story. While his auteurial muscle is flexed like never before in the look of Live by Night, he forgot leg day. He left the basics that he knows so well slip behind. There is a strange comfort in this overall disappointment though, it only goes to confirm that Ben Affleck is one of the great directors of our time that we’re this deflated about anything less than superb from him.