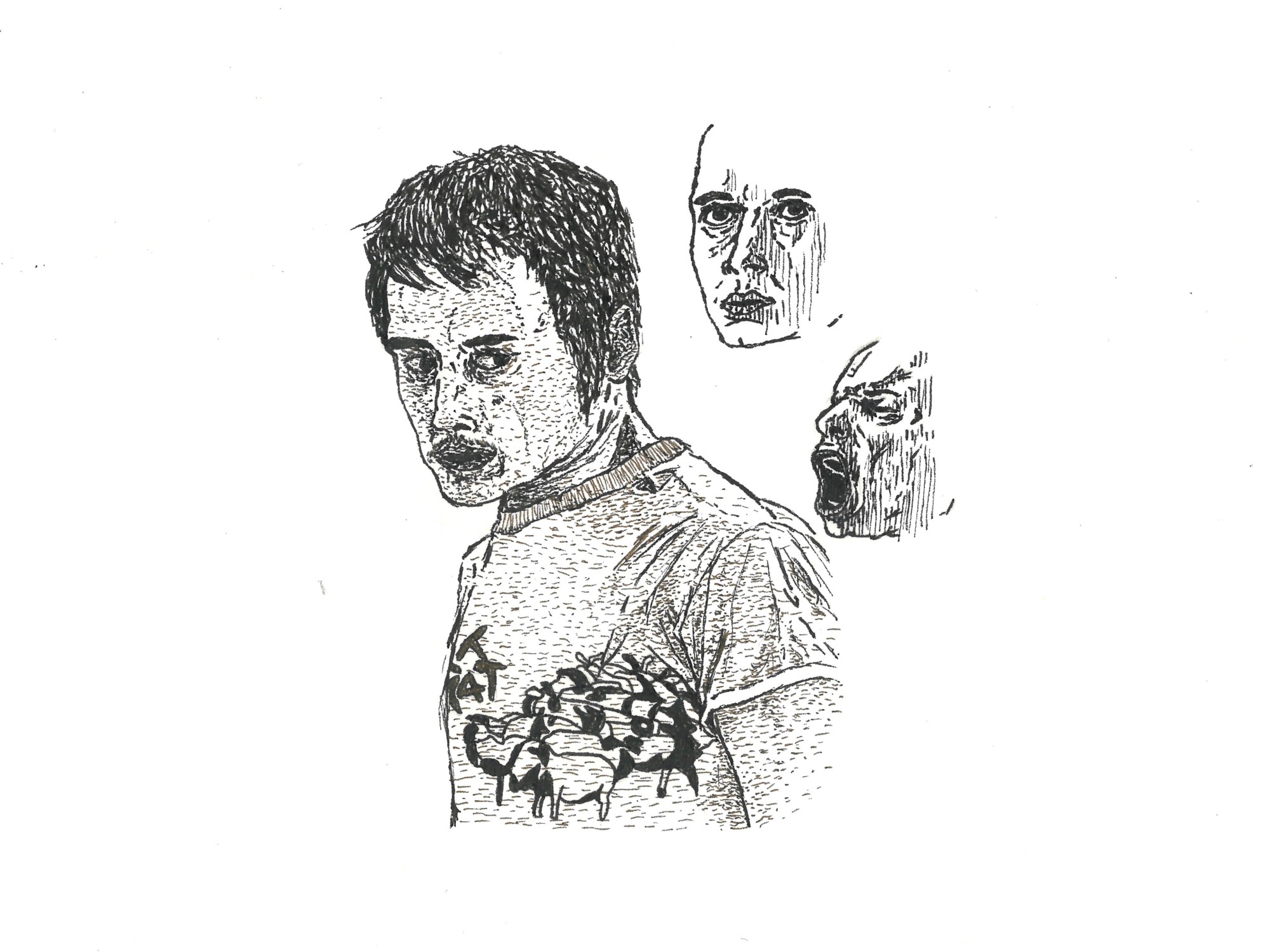 On June 19th, 2016, cinema lost one of its humblest performers in the young actor Anton Yelchin. Yelchin was an actor that was great in a lot of movies that I liked (Alpha Dog, the Star Trek films, Green Room (duh), Fright Night) and was still great in a lot of movies that I didn’t like (Terminator: Salvation, Odd Thomas, Like Crazy). He just always turned in quality work regardless of what was going on around him. There were bad Anton Yelchin movies, but there was never a bad Anton Yelchin performance. He was like human duct tape, you could apply him to any film and he’d make it better. He could be the glue that helped the ensemble hold together or the screw driving the film forward.

One of Yelchin’s finest performances was unfortunately one of his last. It seemed to encapsulate everything he did so well in a tight 90 minutes. Jeremy Saulnier’s 2016 film Green Room follows a young punk band, The Ain’t Rights, as they play a show at a venue run by a neo-nazi gang. After witnessing a brutal act of violence, they become trapped in the green room as the neo-nazi gang tries to silence them and snuff them out. Full disclosure: Green Room was my favorite film of 2016, and Saulnier’s Blue Ruin was my favorite film of 2014.

Saulnier excels at making films about characters thrust into archetypal violent situations that just aren’t equipped for it. An actor like Yelchin is perfect for his material. There are so many little things he does to make the immediacy of the film permeate throughout the theater.  You can feel fear and trembling in how he tries to negotiate with Darcy and his gang. Pat asks if the police are coming back, Darcy replies that they aren’t. “Well that’s what concerns us, mannnn” Pat complains. He offers to trade the unregistered gun they have for a cellphone. Darcy denies it. “Okay well how about a registered firearm!” he fires back with frustration. He’s trying to retain a sort politeness and composure that isn’t meant for a situation like this. It’s both almost comical and deeply tragic, a mixture he displays so earnestly. There’s always a humility to Yelchin, and it’s felt in how he cedes the spotlight among the ensemble here. He’s our main character on paper, but he never tries to take away from anyone else on screen.

There are two specific moments among many that detail just what kind of humanity and authentic innocence Yelchin could bring to a role. The first occurs near the end, when Pat and Amber catch the remaining nazis by surprise as they stage the crime scene. Pat approaches one side of the front seats of the vehicle, his gun pointed towards one of the nazis that he orders to keep still and disarm himself. Pat slowly goes around the car to get closer as he keeps the pistol trained on the nazi. When he does, his sleeve gets caught on the rearview mirror for a moment, he quickly and awkwardly untangles himself, trying to keep a cool and menacing composure. It’s one of the film’s tensest moments, yet a strange humor breaks through just then. It just so simply tells us that Pat is not equipped for this type of violence and situation, it’s just not who he is. I almost don’t want to know if it was intentional or not. Either way, it’s such a perfect little moment that informs so much about Yelchin’s character and his take.

The second key moment comes when Amber shoots one of them, Pat’s the most shocked person there. He musters out a “So we’re doing that.” She just responds with “Why else would we walk up here.” The only reply he can come up with is “I don’t know, I was gonna ruin their crime scene.” There’s some sort of innocence still left in him, killing them in revenge had never crossed his mind. It’s somewhat humorous, but also shows the difference between Pat and Amber. She knew what they were there for, what they needed and wanted to do to set things right. Pat honestly just thought about messing up their crime scene and waiting for the cops to show up.

Each rewatch of the film gives new insight to how much Yelchin brought to the film, and serves as a reminder of what he brought to every film – his true self. He saw the humanity in every character and situation, and made each scene more authentic and engaging. You watch any film of his and will see this, but Green Room managed to utilize his talents so effectively you almost don’t notice. Yelchin left behind a body of work that is heartfelt, honest and endlessly rewatchable, and his performance in Green Room is a prime example of what he meant to cinema.