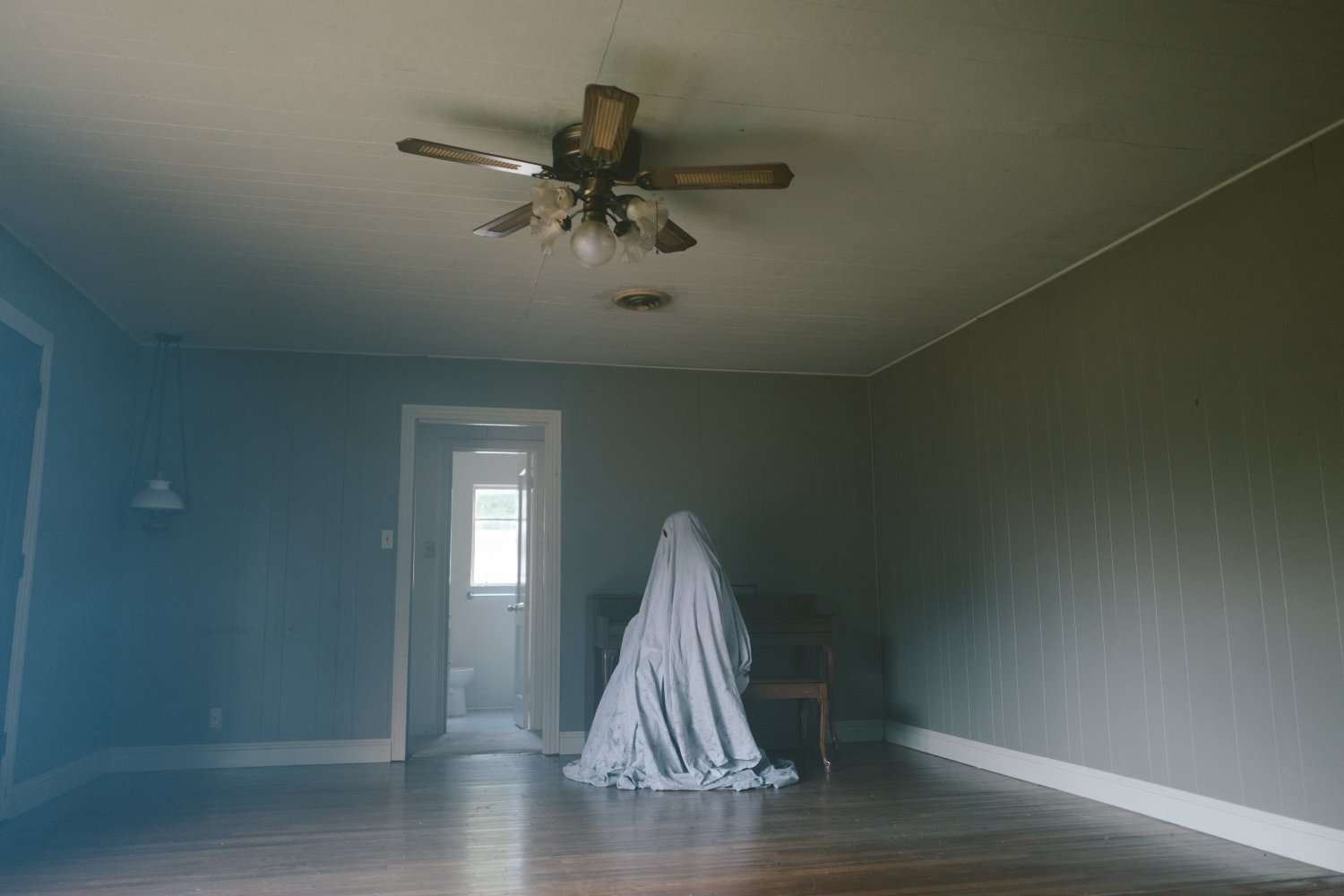 In 2013, my friend and I were one of the lucky ones able to see David Lowery’s Ain’t Them Bodies Saints in theaters. It was a wondrous, beautiful film – it was one of the films I covered in my We Failed This Film series – that immediately signaled to us that Lowery was a filmmaker we needed to buy stock in right then. Our investments are looking great today, continuing to rise exponentially. His live-action remake of Pete’s Dragon last year was far better than anyone could have expected a live-action remake of Pete’s Dragon to be, Lowery prove to be an excellent filmmaker at creating elegies for dying myths with Pete’s Dragon and Ain’t Them Bodies Saints (a theme that seems likely to carry over to his next film, The Old Man and the Gun). His latest, A Ghost Story, follows a man (Casey Affleck) who dies and comes back as a ghost, returning to his home to try to comfort his grieving wife (Rooney Mara) and forced to spend eternity stuck in his house, unable to stop time from erasing it all. A Ghost Story is another terrific, wondrous work from Lowery that further solidifies his talent as a singular filmmaker.

It’s great to see Lowery reteam with his star cast of Ain’t Them Bodies Saints in Affleck and Mara, both continuing to put in great, quiet and emotional work. Affleck spends 90% of the film underneath a white sheet, and performing completely underneath a white sheet is simultaneously very simple yet incredibly hard to make work. It’s because of what Affleck is able to do with the other 10% we see him that we have the emotional attachment and investment in this ghost. Affleck brings a warmth to each of his roles, and it’s essential here to making this film work. You can feel the pain and sorrow underneath the white sheet because we know who’s under there. Mara does equally effective work in similarly limited screen time. A Ghost Story is a largely quiet film with minimal dialogue, and Mara thrives in those moments. For instance, she manages to pour the whole feeling of grieving into how she devours a chocolate pie.

Lowery brings back frequent collaborator Daniel Hart to compose another wondrous, melancholic score. The cinematography by Andrew Droz Palermo is stunning, the images he and Lowery create are truly magical. The lighting and coloring that they use enhance the mystical nature of the story. They also use massively long, unbroken takes – you literally spend 5 minutes on one shot watching Mara eat a whole chocolate pie – that give the feeling of eternity that this ghost is trapped in. Lowery employs a 1.33:1 aspect ratio, shrinking the image and giving the film a polaroid feel, like each image is a distant, fading memory.

The fact that Lowery made this for a miniscule $100,000, off his own funds from doing Pete’s Dragon, is marvelous. The film is more well-constructed and well made than films with a budget 200x the size of A Ghost Story. He crosses several time periods and makes a limited budget go a really long way in how he constructs certain effects. Lowery does with A Ghost Story what all great filmmakers are able to do with limited budget and resources, he uses it to his advantage and creative drive. The way he uses a simple white sheet with eyeholes is actually kind of genius, because they commit to the supposed gimmick of it. There’s just something unique about the simplicity of the look that grabs you and holds your attention. Even when you can predict where the film will tie events together, the journey there is what makes it impactful. The term “passion project” gets thrown around a lot, but when you take the money you made from one film and put it right back into making a strange, quiet meditation on the passage of time, I think you can call it  a definite project driven by passion. In his lowest budgeted film, Lowery has also crafted his most ambitious work to date.

2 thoughts on “Review – A Ghost Story”