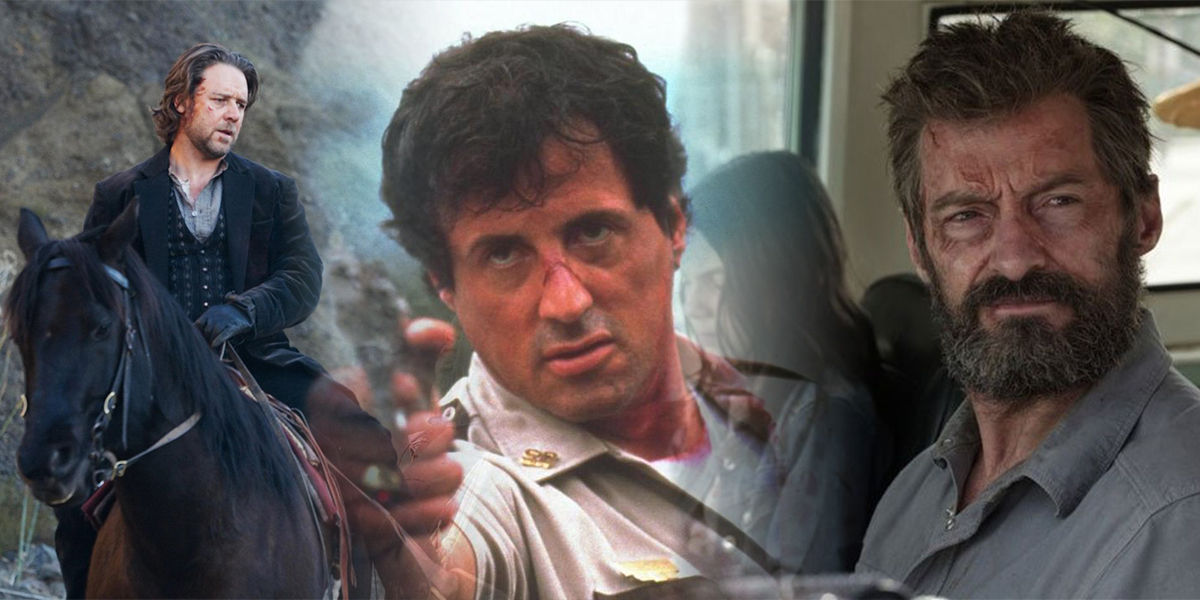 A few weeks ago I finally watched James Mangold’s Cop Land for the first time, and was furious at myself for having waited so long to see it. Cop Land is an unsung 90s classic, it’s a real shame the Oscars didn’t give it a single nomination. This is one of the most impressive casts I’ve ever seen. You have at least 2-3 all timers in any given scene. Here is a list of the cast: Sylvester Stallone, Robert De Niro, Harvey Keitel, Ray Liotta, Robert Patrick, Janeane Garofalo, Peter Berg, Noah Emmerich, Cathy Moriarty, Michael Rapaport and Frank Vincent. Also, why do we keep forgetting that Stallone is actually a great actor? He’s terrific in Cop Land! And De Niro gives one of the best 6th man performances in the books, he’s only on screen for about 10-13 minutes and kills every second of it. But anyways, the realization that I came to – and man I felt like a genius when it first crossed my mind – is that every ten years, starting in 1997, James Mangold makes an incredible western. It started in with Cop Land in 1997, then onto 3:10 to Yuma in 2007, and ending with this year’s Logan. Not only are they all westerns to certain extent, they all follow a similar type of character – a world-weary man who wants to remain anonymous who must rise to face corruption and evil alone. A lone ranger.

Certain directors revisit genres that made them – or they made – throughout their careers. Nobody does a crime film like Scorsese, when Raimi does another horror film it’s a treat, Mann is just in his element with cops and criminals. Because Mangold has jumped genres so frequently and successfully, making great entries in them each time – Biopic (Walk the Line), superhero film (The Wolverine, Logan), romantic comedy (Kate & Leopold) and western (duhhhhhhhhhh) – it’s almost easy to not see the constant of the western in it all.

Cop Land takes place in the fictional town of Garrison, New Jersey, just across the Hudson River, a town that has become a haven for NYPD cops to live in. Led by Lt. Ray Donlan (Keitel), Garrison also has deep ties to the mafia, allowing the cops there to live in such comfort and expensive homes. The sheriff of Garrison is Freddy Heflin (Stallone), a weary man who was elected sheriff as a generosity by Donlan and the other cops. Heflin always wanted to be an NYPD cop but couldn’t because he is deaf in one ear. Heflin turns a blind eye to the corruption in Garrison, but is pressured by an internal affairs investigator Moe Tilden (De Niro) to betray Donlan and the others when Donlan’s nephew Murray Babitch (Rapaport) fakes his own suicide to avoid a corruption charge. 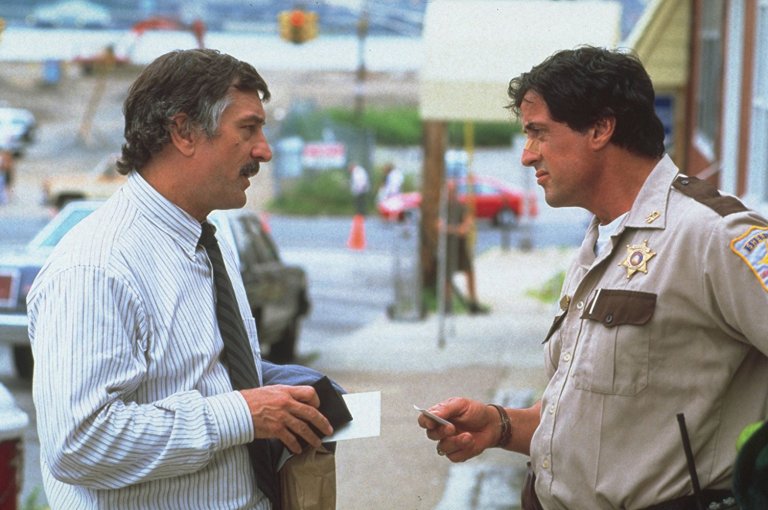 Wow! That was a lengthy plot explanation! I hope it doesn’t turn you off to the film, if anything I just hope it helps you understand how dense it is in character and theme. Also, hopefully you can start to see the seeds of the western based off the plot description. At its core, it’s about a lone ranger who rises at risk to his livelihood to combat corruption and evil. It’s just been updated to an urban setting. In the third act, it takes a page from classics like 3:10 to Yuma (hey!) and High Noon where Freddy has to get Babitch across the bridge to NYC to testify against Donlan. The other deputies won’t join him because of how dangerous it will be, but he doesn’t judge them. It’s just got that classic western feel of one man standing up against corruption.

It’s also interesting to see Stallone in the western mold, and makes me wish we could have had more of him as a cowboy. I guess there was something about his slurred baritone that never seemed like it could fit in a western. Cop Land was the closest we’ve ever gotten. It’s impressive that Mangold could make a western filled with non-western type actors. It resulted in one of the most impressive late 90s films, showing the close relationship between the cop film and the western film.

In 2007, Mangold took on the western in full with a remake of 3:10 to Yuma. In Yuma, struggling rancher Dan Evans (Christian Bale) agrees to transport dangerous outlaw Ben Wade (Russell Crowe) to a train that will take him to jail.

What really stands out is that it’s one of the few westerns to have been made by a studio this decade. The 60s and 70s were the steroid era for westerns, there were like 13 getting made and released each year. Afterwards, it tapered off a lot to the point where they’re a rarity today. I can count on two hands the number of studio-made westerns this century (3:10 to Yuma, The Assassination of Jesse James by the Coward Robert Ford, Django Unchained, True Grit, The Magnificent Seven, The Hateful Eight and if we’re feeling generous we’ll go ahead and put No Country for Old Men and Logan (hey!) in there as well). It’s really weird that they stopped making them, because a lot of those listed made great money. 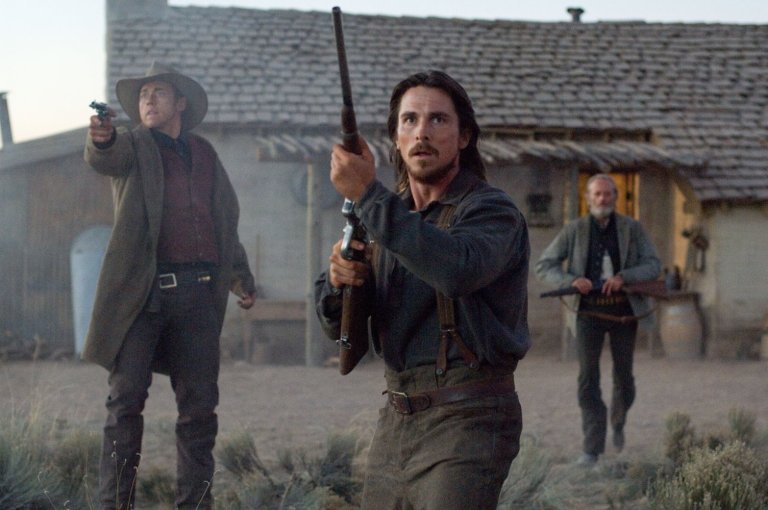 And for a rare type of film for this era, it really hits all the marks for a great western! Attribute however much of that you want to the fact that it’s a remake of a western, but Mangold still makes it his own. It’s a gorgeously shot, masterfully paced work with two magnificent performances at the center from Bale and Crowe. Mangold really balances the popcorn entertainment aspects with studies of character and theme. You can watch it because it’s exciting and fun, and you can watch it to contemplate masculinity and fate. Marco Beltrami crafts an all time score for Yuma. It’s a classic hand-plucked guitar and strings western score driven with emotion and exhilaration. My personal favorite on the soundtrack is “Bible Study” that plays over the most climactic moments of the third act. Just listen to it and you’ll understand why.

It’s been said before that the best superhero movies are a different genre of film before they’re a superhero movie. Christopher Nolan’s Dark Knight trilogy were crime epics before they involved superheroes, Punisher: War Zone is a bonkers action hero movie before it’s a superhero film, James Mangold’s (hey!) The Wolverine drew on samurai films before injecting the X-Men mythology into it. In this year’s Logan, Mangold crafted a western that the iconic comic book character could inhabit.

Logan finds our titular hero (Hugh Jackman) in a quasi-dystopian future where all the mutants have died out either by natural causes or by government task forces. Logan drives a limo under an alias to provide for a senile, dying Professor Xavier (Patrick Stewart) in a hideout near the border. Laura, a young mutant child on the run from the government, comes for their help and Logan reluctantly goes on a cross country mission to get her across the border.

In Logan, Mangold draws on many classic westerns to inhabit this X-Men universe like The Searchers and High Noon in its plotting and characters. The most explicit western reference is the classic Shane, with Laura watching the film at one point and later reciting a monologue. Logan is the perfect comic book character to inhabit the western sensibilities, he’s lived a life of violence and wants to be left alone in isolation to die, but is called out for one last mission for justice like the aging gunslinger he is. It’s in other elements of the film too. It wasn’t just for fun that the trailer was tracked to Johnny Cash’s cover of “Hurt” or that his cover of “The Man Comes Around” plays over the closing credits. It’s also in Marco Beltrami’s score, where the harmonica wails in pain, taking a classic western instrument and characterizing it with the pain of Logan. 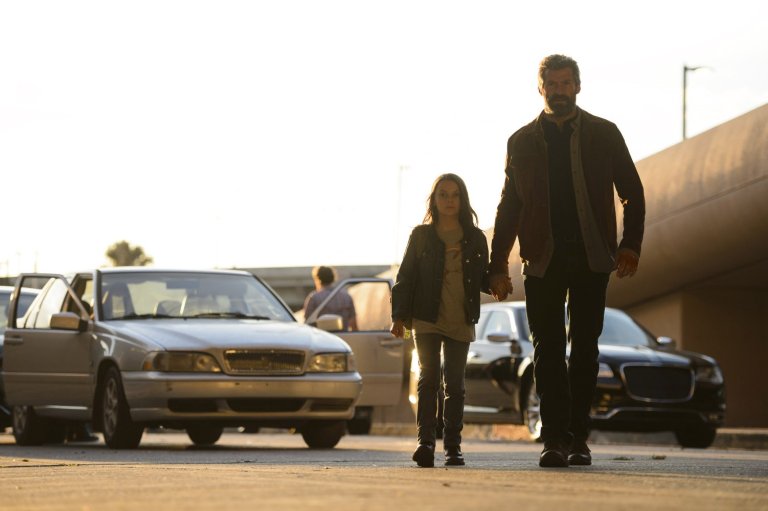 There’s a workmanlike, egoless method to Mangold’s filmmaking that makes it easy to forget the auteurism of his career. He’s revisited the same genre and characters in three different, excellent films thus far, and I feel like being able to tell the same story refreshingly multiple times crosses off a definition for an auteur. The cinema of James Mangold is one about a lone character standing against corruption and evil, and is evidenced by his once-a-decade affair with the western.