It’s that time of year again, one of my favorite things to do each year is to go and cover the Sundance Film Festival. Here are some films that I am pumped for, but only one can be the film I am most pumped for. If you know me, that film is obvious. Let’s get going!

Directed by David and Nathan Zellner

All I really know about this film is that it’s directed by Paul Dano (Nice!) and that it has Jake Gyllenhaal, so I am legally required to see anything with Gyllenhaal. But it is not the film I am most excited for. 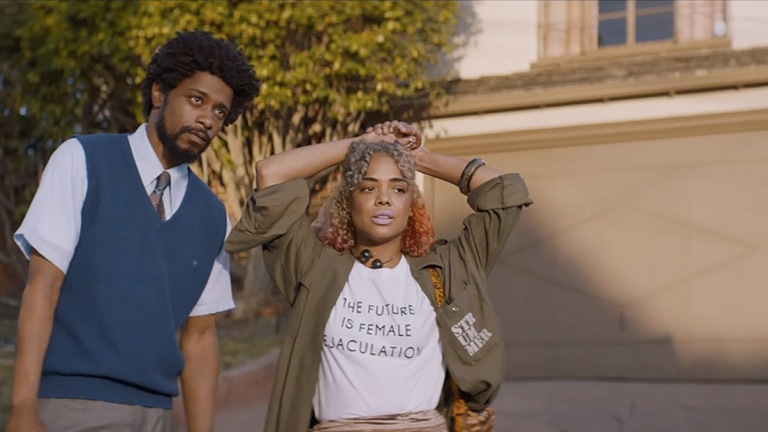 Sorry to Bother You

First off, Boots Riley is a great name for a director. I want to see whatever somebody named Boots Riley did. His debut has a plot to back his name up – Cassius is a 30-something telemarketer with self-esteem issues who discovers a magical “white voice” inside of him that propels him up the company ladder where they sell weapons of mass destruction and slave labor. I love movies that exist in a heightened reality, and this has whiffs of the likes of Brazil and The Double, so I’m in right there. Add in a stellar cast with Lakeith Stanfield, Tessa Thompson and Armie Hammer and I’m even more in. I have to waitlist this one, so cross your fingers for me that I get in. But still, it is not the film I am most hyped for this year.

The main reason I’m pumped for this film is that it’s the team behind Turbo Kid, which I caught a few years ago at the festival and had a blast with. Their followup finds a young group of kids who are convinced that their next door neighbor is a serial killer. Should be another fun time from this crew. I have to waitlist it, so cross your fingers for me that I get in. However, this is not the film I am most pumped for at Sundance this year. 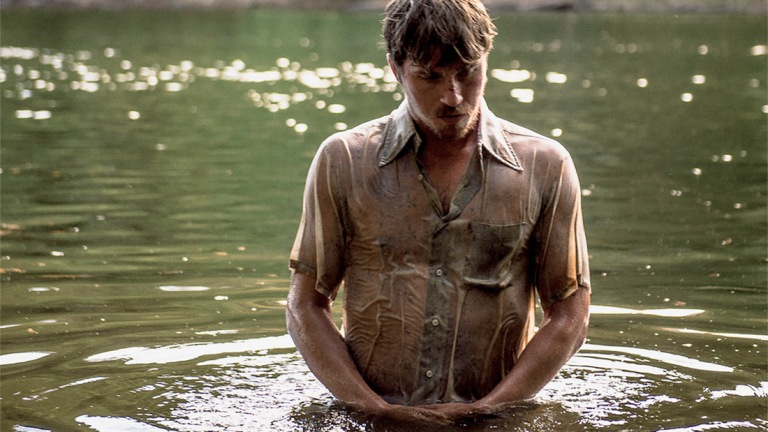 Here’s something you probably don’t know about me. I own 51% controlling interest in Garrett Hedlund stock. People have been selling off their Hedlund stock for years and I’ve been buying it all up for cheap. Why? I see something in Garrett Hedlund that nobody else does. I’ve realized that he is our next Nic Cage. I won’t go into detail here, one day I will write a dissertation on my theory, but the main thing here is that I have to see everything he does now. Burden tells the tale of a man who runs a KKK shop that tries to reform his ways. *sniffs* Is this an Oscar bait role for our future Nic Cage, Garrett Hedlund???? I’m in!!! Sell me all of your Garrett Hedlund stock! Yet still, this is not the film I am the most jacked up for this year.

OH YEAH BROTHER. FIRST WE GOT OUR FUTURE NIC CAGE, AND NOW WE ARE ONTO THE REAL UNCUT THING. JUST LOOK AT THAT PHOTO!!!!! NIC CAGE ALL BLOODY!!!! MANDY FOLLOWS NIC CAGE AS A SATANIC CULT THAT KILLS THE LOVE OF HIS LIFE SO HE HUNTS THEM ALL DOWN. I HAVE NEVER WANTED ANYTHING MORE FROM A FILM THAN NIC CAGE KILLING SATANIC CULT MEMBERS. AND YOU KNOW WHO THE DIRECTOR IS??? THE SON OF THE DUDE THAT DIRECTED THE 80S ACTION CLASSIC COBRA. AS IF THIS FILM COULDN’T GET ANY BETTER. GOD BLESS US ALL.