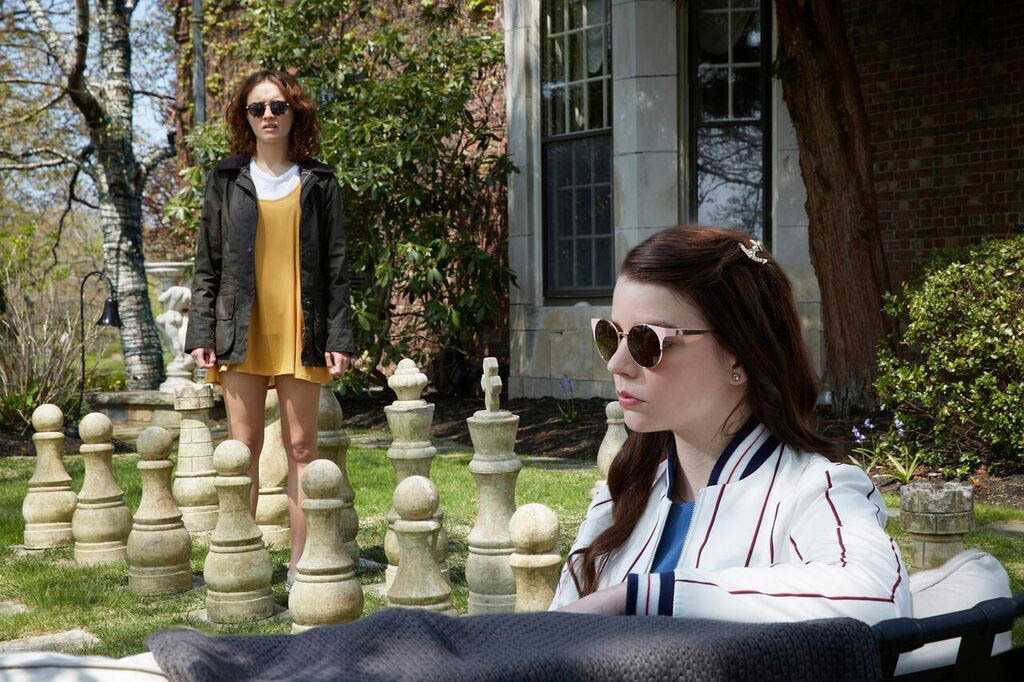 Thoroughbreds premiered at Sundance in 2017 and I wasn’t able to see it then. So for over a year, I’ve kept tabs on it because I love the cast and plot sounds intriguing – two teenage girls, Lily (Anya Taylor-Joy) and Amanda (Olivia Cooke), each with varying levels of self-admitted sociopathy, plot to kill the step-dad of Lily because she hates him. Writer/Director Cory Finley’s debut is terrifically acted and well shot, but ultimately underwhelms. It’s strange when a film can lead to as shocking an act as this does, but still feel like it played it safe.

I’m ready to add Anya Taylor-Joy to the list of actors/actresses where all I need to know is that they’re in a film for me to see it. After the 1-2 punch of The Witch and Split in back to back years, I’m ready. She continues to be marvelous here, bringing you into her character’s slow erosion into dangerous thoughts and acts. Olivia Cooke is equally terrific, never having to try too hard to sell you on the fact that she doesn’t connect with people. Watching them play off of each other is like watching two elite basketball players play a game of HORSE where they just keep matching each other shot for shot, and neither one loses. They just both know how to be in the moment so naturally, they’re never forcing an emotion.

It is bittersweet to watch the dearly departed Anton Yelchin in his final role here as Tim, a drug dealer who gets caught up in the murder plot. I was both happy and sad to see him one last time, it was a strange feeling to describe. His natural sense of humility and humanity is well utilized, elevating what could have been a tired stereotype of a character into someone you end up caring deeply about. He makes Tim an innocent sleazeball, a curious mixture that only he could pull off. The film could have done a lot more involving his character, it loses a lot of fuel when he gets written off. And before I forget, it’s always fun to watch Paul Sparks sleaze it up.

The cinematography by Lyle Vincent is intriguing. Finley rolls out his scenes in long takes with an inquisitive camera that floats around our characters. The effect is sometimes entrancing, but what really hits are the still frames he uses to heighten the dark comedy of the scenes. You keep waiting for the film to go up another level, to really take a turn, but when it finally does, you just underwhelmed. It doesn’t necessarily take the easiest route out, but you just feel that it could have gone in several more interesting directions. The resolution it finds does have its merits, but it still feels like a missed opportunity for the film to have explored itself more. But still, there’s enough here to signal that Finley has talent, and I’ll be interested in what he does next. You can do a lot worse than “terrifically acted and well shot” for your debut.