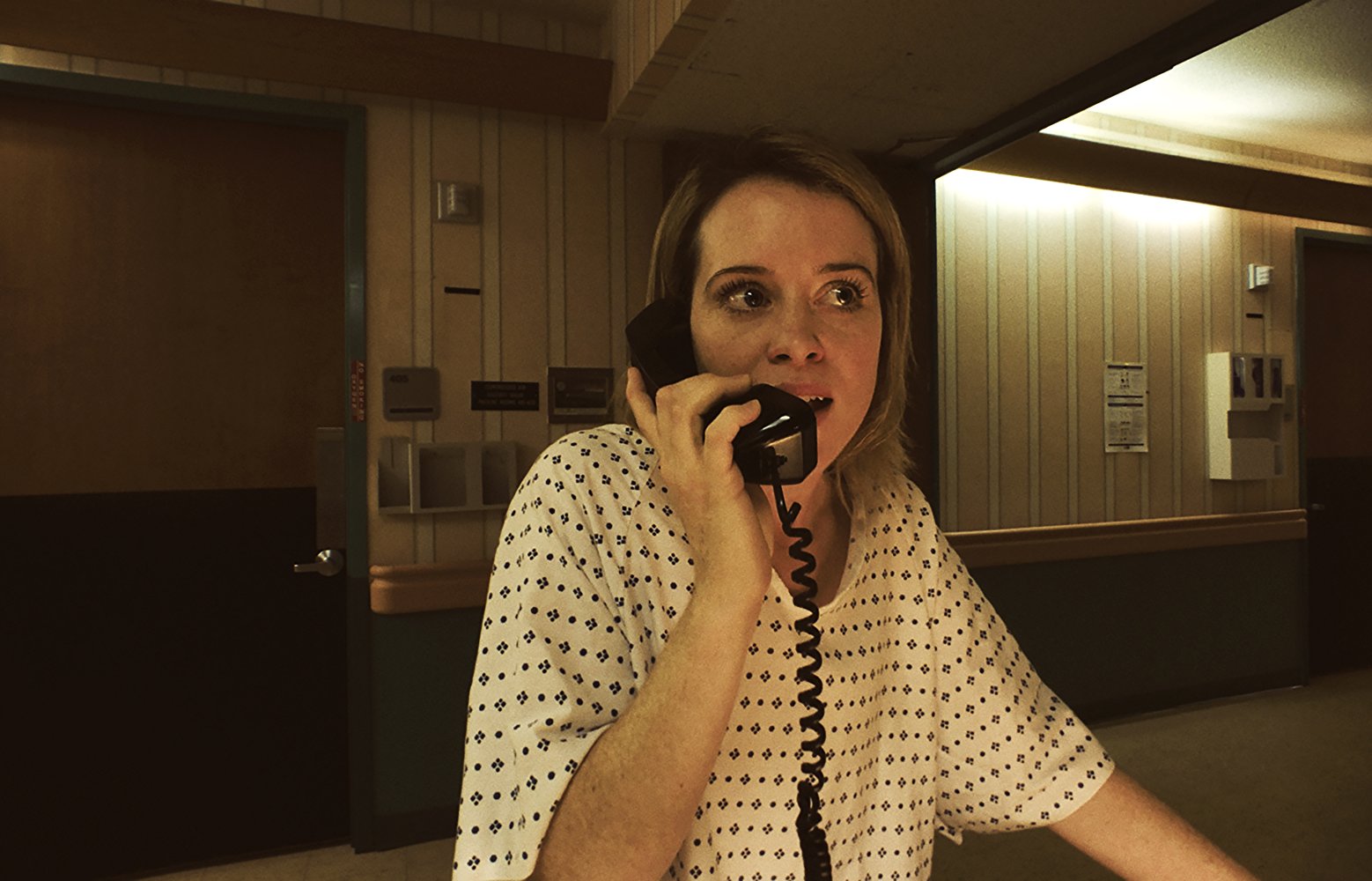 One of the things I’ve always liked about Steven “Fuck it, let’s do it” Soderbergh is his willingness and drive to try anything when it comes to film. Whether it’s genre or form, he never just mails it in, he’s always experimenting on some level – even his most hollywood films are far from rote and stale. It was probably only ever a matter of time before he followed in the footsteps of Chan-wook Park (Night Fishing), Sean Baker (Tangerine) and others in shooting a film on the iphone. Unsane is not without flaws caused by the inherent limits of shooting on an iphone, but good lord is it a zany time. It’s a giddy, nutty love letter to the dirty and dangerous cinema of Brian De Palma.

Unsane follows Sawyer (Claire Foy), a woman who gets involuntarily committed to a psychiatric hospital where her stalker of two years, David (Joshua Leonard), has followed her to and currently works at. Or is it all just in her head?

This movie wouldn’t work for a moment without Claire Foy. I don’t want to play hipster here, but I knew she was good long before The Crown thanks to the 2011 Nic Cage classic horror-actioner Season of the Witch. She was just all in in that film, no matter how ridiculous it got. I knew then that she had potential, and she is again just all in for Unsane, taking us on a wild ride. She just rides this perfect line where you believe her, but she also gives you just enough to not believe her – it’s just a tremendous balance she handles so well. Supporting turns from a creepy Joshua Leonard and a charismatic Jay Pharoah round out a well acted piece of filmmaking.

At every turn I could just feel the love for De Palma, this is totally something he would have made if Soderbergh hadn’t. I’m a sucker for anything that’s channeling De Palma, so I was hooked pretty quick. There’s just this inherent sleaze and paranoia that’s executed so well and excitedly that I couldn’t help but be sucked in. It even comes complete with a delightfully soap opera score from Cliff Martinez – the music playing over the end credits is a real kick. You keep waiting for the film to go up another level, and it thankfully does even at the cost of diffusing much of the paranoia. But in the end, what other route could it have possibly taken?

What makes the film so interesting is also what holds it back – the fact it was shot on the iphone. There are certain parts where the pixelation and dimensions are naturally offputting and enhance the paranoia, but then there are certain images that just look bad because of that same pixelation and dimension, the technology just isn’t there just yet. The iphone has its potential, but it also has its limits. But, you can’t fault Soderbergh for trying. Soderbergh tries, and I’ll always thank him for that.