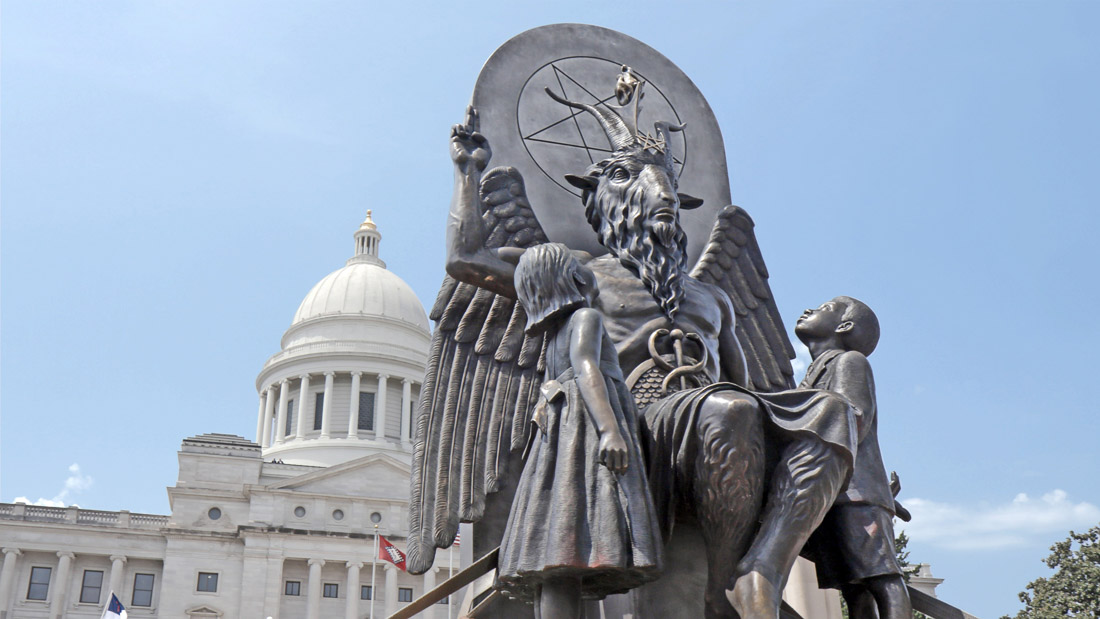 It all started not quite so innocently, but innocuously enough, which I’m not sure many other religions can say. It was just supposed to be a political stunt back in 2013 when a few of them led by Satanic Temple co-founder and spokesperson Lucien Greaves showed up at the Florida state capitol to hold a satirical rally for Rick Scott in “support” of his signing of a bill that allowed prayer in schools. They posited that no religion was specified, so satanic prayers could be used in schools too. It was satire, it was trolling. But then it wasn’t. The church quickly gained steam and membership as their message of religious equality and open-mindedness and their support of the separation of church and state made its way into the world. Whoops, we accidentally created a genuine religious movement. And here’s the kicker – it might be a really good thing that the Satanic Temple exists. Penny Lane’s chronicle of the most unlikely growing movement is one of the strangest stories, and one of the most hilarious films I’ll see this year.

I mean, the film is called Hail Satan?, so I was contractually obligated to see it. I was unsure of what the tone would be, and was overjoyed how immediately it was clear that this was going to be fun and hilarious. Lane knows how inherently silly plenty of this is, and it seems that the Satanic Temple knows it too, just leaning into the all the stereotypes gleefully. They wear black robes bought from Halloween stores, engage in all sorts of lunacy in their rituals, put on bizarre acts of performance art in their protests and just seem to completely understand the black comedy behind it all. You’re just waiting for Nathan Fielder to pop up behind it all (Lucien Greaves would definitely fit in on Nathan for You). There’s a tongue in cheek sensibility to just about everything they do. But Lane is never making fun of them, just gleefully reveling in how strange it all is.

This film is HILARIOUS, almost laugh-a-minute quality. It’s just a blast to watch Fox News anchors try to make sense of this, their bafflement in talking with Greaves, the acknowledged irony on behalf of the Satanic Temple – it’s just a blast. Penny Lane just has such an expert touch for comedic timing in her film. It’s the early frontrunner for the hardest I’ve laughed in a theater in 2019.

Lucien Greaves definitely looks like a dude who founded a Satanic religion, he’s a genuinely weird dude, just a wonderful character that you couldn’t have written. There’s this off-putting self-seriousness to him that creates this hilarious contrast in how he interacts with people. You can never quite tell if he’s serious or sarcastic, or both. What’s interesting is how they both embrace and upend your stereotypes of modern satanic religion. They’re more using the name of Satan to represent those who are oppressed and cast out by mainstream society. They speak out for marginalized group and promote environmentalism and scientific belief. They present themselves as the punk rock alternative to the mainstream christian authority in America. The Satanic Temple might be the most progressive force of good in organized religion.