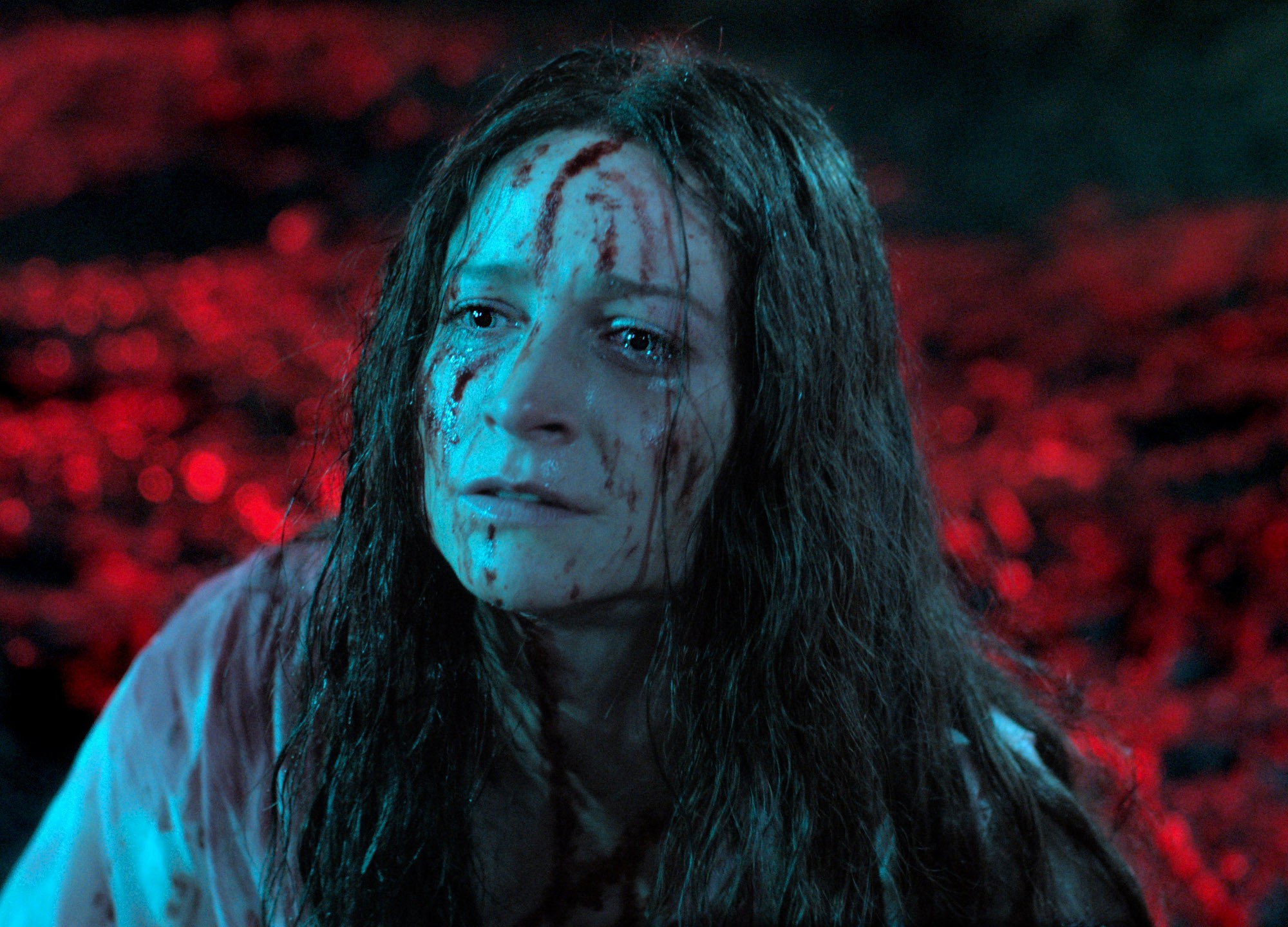 For the first 2/3rds of Censor, it’s confident and full of potential. Enid (Niamh Algar) is a film censor in Britain during the 80s when there was a crackdown on video nasties. After viewing a particular video nasty, she finds the film very similar to the day that her sister disappeared as a child. As she digs deeper into the connection between this film and her darkest memories, she begins to lose the distinction between fiction and reality. Then the third act rolls around, and it’s just such a letdown despite the talent clearly on display from writer/director Prano Bailey-Bond.

Clearly knowledgeable of the nasties, Bailey-Bond shoots and constructs her film in a similar throwback style with some terrific grainy cinematography from Annika Summerson, heavy in neon lights and electrical lights shot super brightly. This film has no trouble setting its tone and establishing the promise of Bailey-Bond. There’s clear love for the video nasty era that shines through.

Niamh Algar is quite fantastic here. I’ve always liked her in the few films of hers I’ve seen (The Shadow of Violence, From the Dark) and she is absolutely riveting in every scene here. Watching her psyche break is a thrill, the little ticks she inhabits accentuate her arc. You can just feel her mind ticking in each scene as she progressively descends further into mania. For all the film’s shortcomings, Algar is not one of them. I also welcome Michael Smiley in any film.

For the first hour, Bailey-Bond does such an effective job of melting the barrier between what is real and what isn’t for Enid. You know it’s going to go somewhere in the third act to top it off. And it certainly does go somewhere, and confidently so, but it also somehow feels like the safest and laziest route out. It’s so close to almost being great that it’s frustrating.You’re just like “Oh, that’s where this was headed? That’s it?” It’s one of those endings that thinks it’s edgy and fucked up dude when it’s actually dreadfully predictable and just kind of shrugs off all it had been going for previously. But for all the disappointment, there’s still aesthetic promise in Bailey-Bond and Algar is a real treat to watch here.