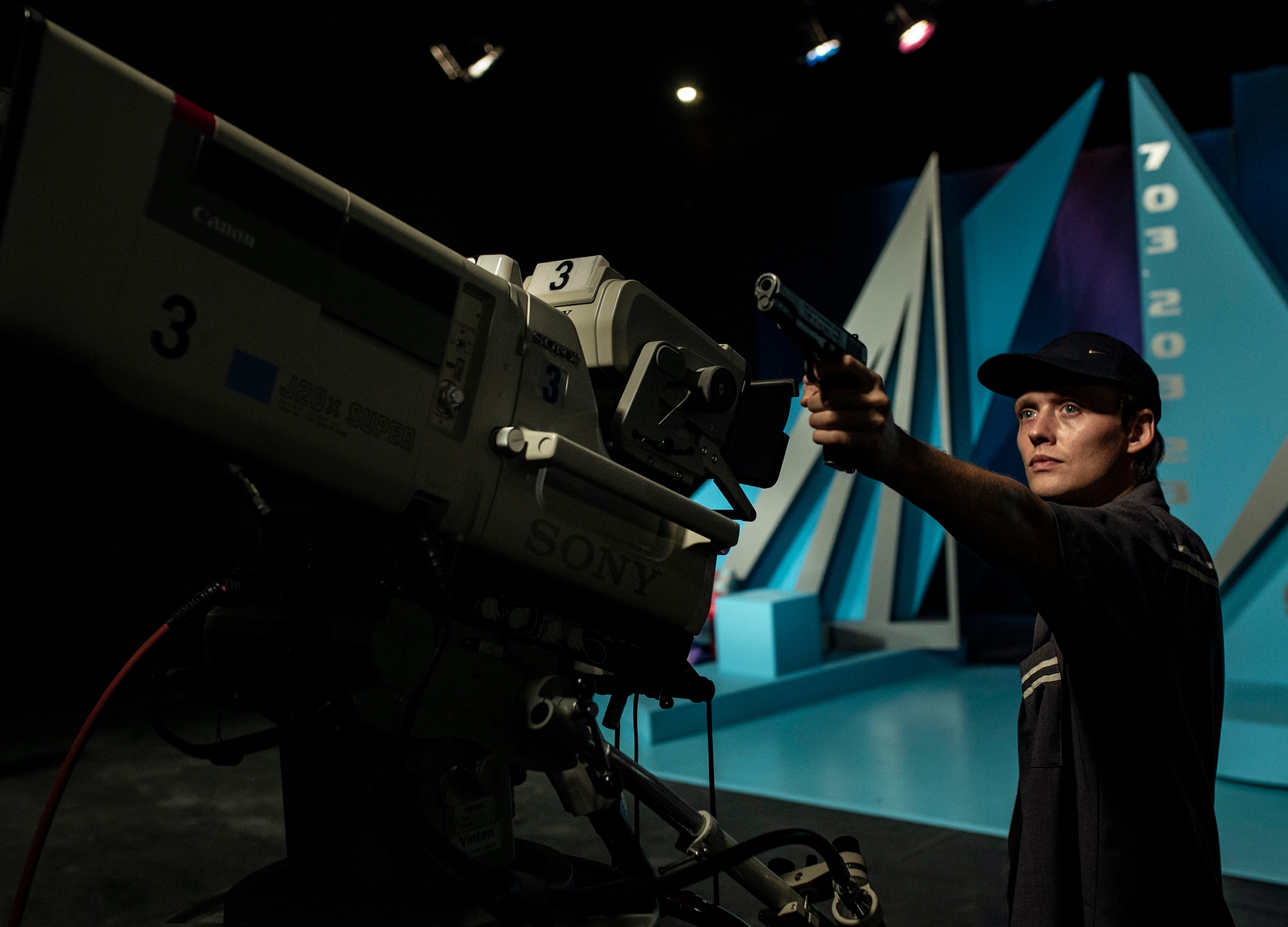 There’s just no reason for this movie to be this disappointing and bad. Writer/director Jakub Piątek’s debut starts off plenty promising and intriguing. Sebastian (Bartosz Bielenia), a young man, takes a TV station hostage on New Years Eve in 1999 in order to broadcast his message to the country of Poland. The beginning is tautly paced and exhilaratingly shot as Sebastian enters the studio and enacts his takeover, and is largely satisfying up until the final few minutes. The ending is so atrociously terrible it completely makes the whole film stink. You remember how Game of Thrones hyped stuff up and referenced stuff for years like it was going to be important and then it ended up having no impact on the ending? Prime Time is kind of like that.

I’ll say this before we get into it, Bartosz Bielenia is very good. There’s something he’s hiding behind those eyes and gets you to gravitate towards him without having to really tell you much about his character. I’m more eager to check out Corpus Christi now to get more of him. The performances in this are very solid. I got eyes.

Not to post spoilers, but if your film earns a “Pee-yew, this film stinks.” then you don’t get protection so I’ll just inform you now, literally nothing meaningful ends up coming from this premise. Piątek references things about Sebastian’s life that could clue us into his motives and who he is, but he never follows up on them. He takes the most cowardly way out of this film by not following through on anything he’s been building up to. It’s a crushing feeling because it’s like the film has been hijacked and just said “nevermind actually” and just makes you feel like you wasted your time. Prime Time is a great example that there’s a big difference between subverting expectations and just absolute failure to follow through.