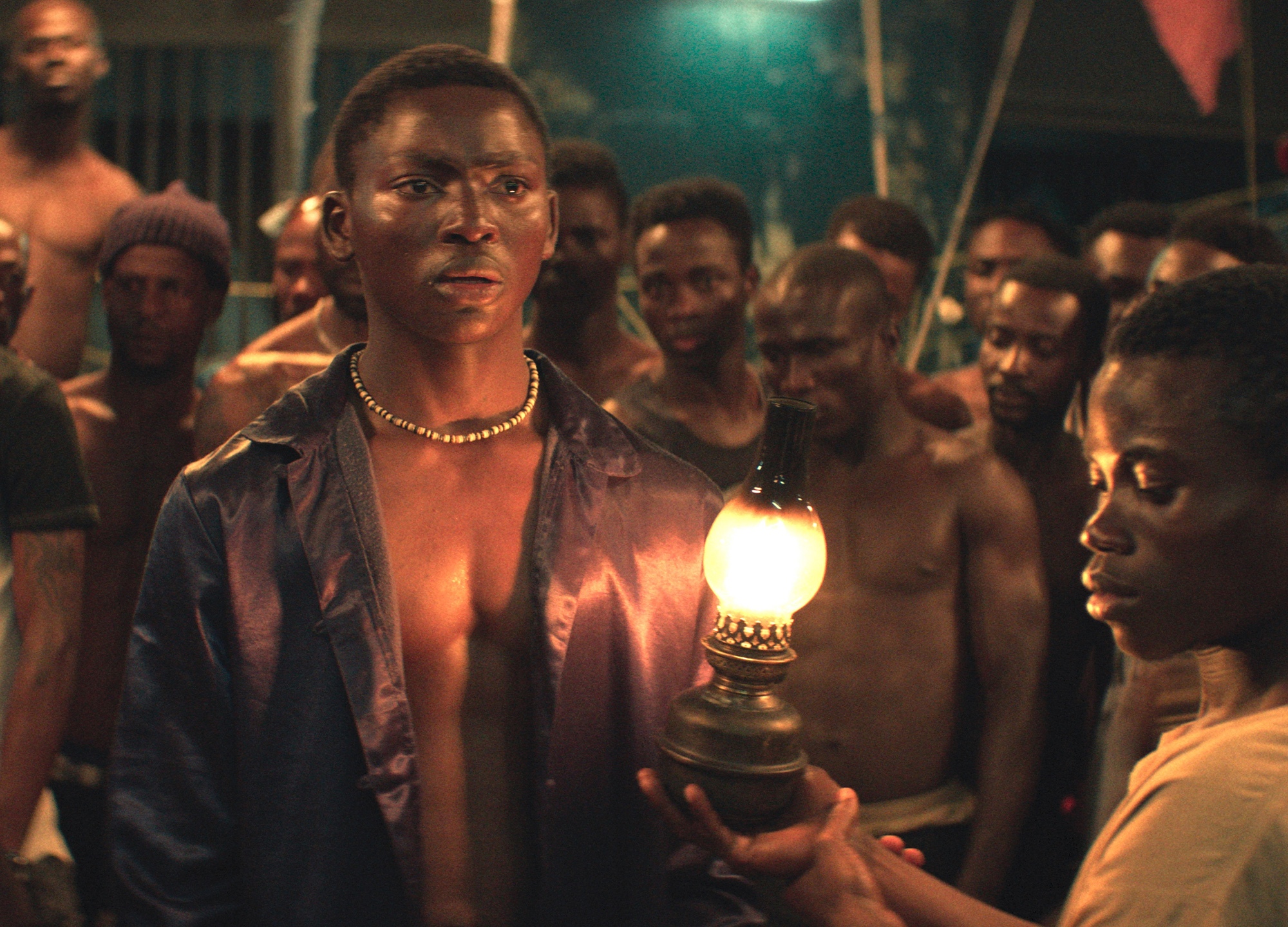 A young man (Bakary Koné) arrives at MACA, a prison on the ivory coast in a large forest that is run by the inmates. Upon his arrival, he is given the name “Roman” and must tell a story to the prisoners on the night of a blood moon. Director Philippe Lacôte’s latest is a sort of take on the tale of Scheherezade, examining the power of telling a story following somebody who must tell one great enough to save their life.

The first thing to note about this film is how entrancing it is. There’s a rhythmic quality to how this story paces itself, capturing a harsh beauty in the free-flowing cinematography by Tobie Marier-Robitaille. You get just as wrapped up in Roman’s story – a real strong performance from Bakary Koné whisking you away – as the prisoners, interspersing the story with their own reenactments of it, giving the whole work a magical sort of feeling.

Neon did well by already acquiring this, they’re a good match. It is visually captivating, just gorgeous to look at. The fallout of the end is left unexplored, which does hold it back a bit, but doesn’t take away from the clear strengths of the film. I really wish I had more to say about this film, because it is very striking and has plenty to admire. It’s definitely worth seeing if that’s what you’re wondering. On to the next one.