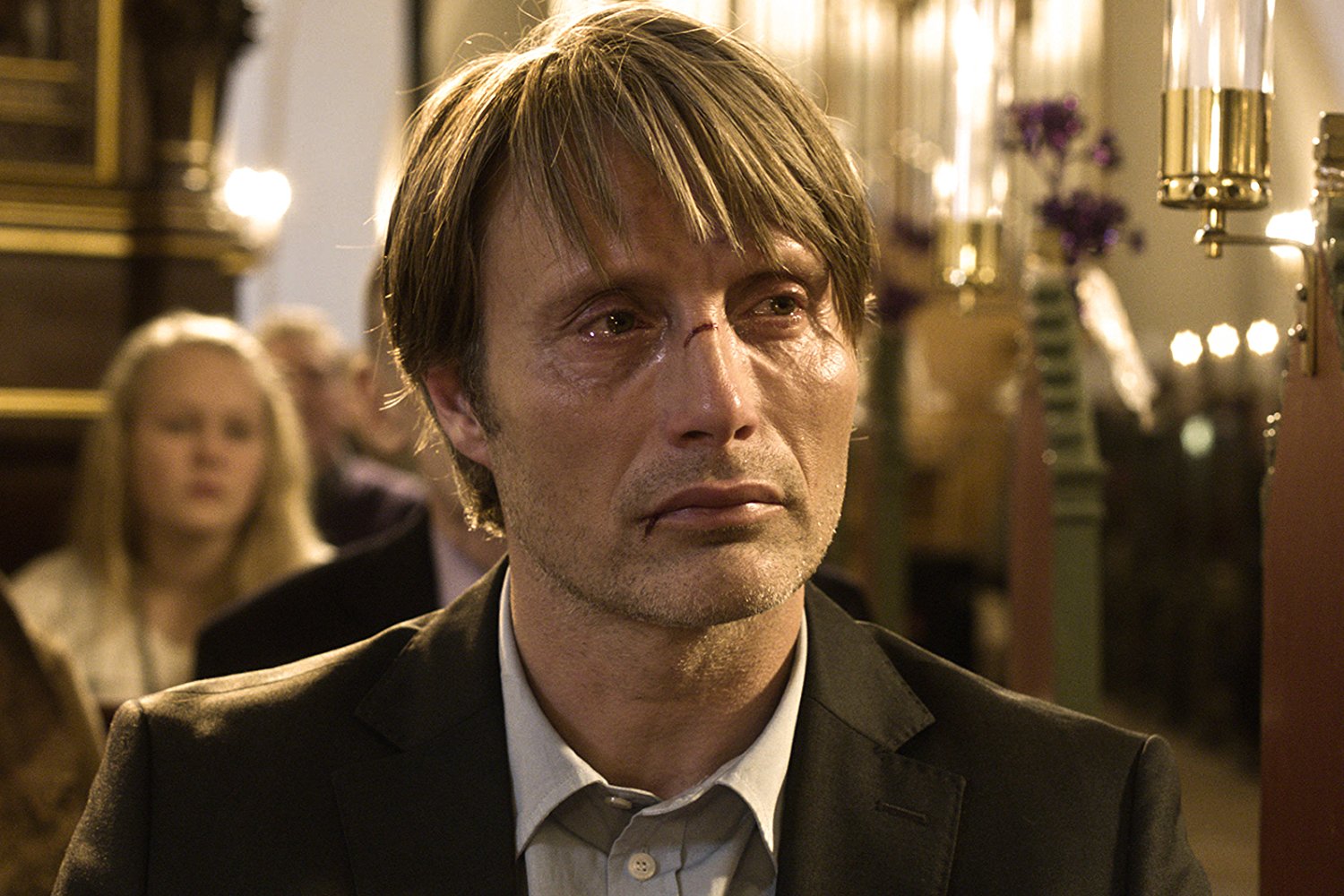 I’m probably pretty late to this party, but this film just finally made it to theaters in my area. Danish auteur Thomas Vinterberg has crafted a razor-sharp film that deals with how society can turn a lie into truth, and how certain societal institutions can spur that into action.

The plot revolves around Lucas(Mikkelsen), a man who works at the town kindergarten who lives a somewhat lonely life amongst his friends. Things start to turn around though when his son decides to come live with him, and he sparks up a romance with a woman who works with him. It all comes crashing down when Klara, the daughter of his best friend who also goes to his kindergarten, makes a little lie regarding molestation from Lucas. The following proceedings and investigation into his life upend his entire life.

Mads Mikkelsen gives one of the greatest performances of his career, and it’s not often enough we get to see him play a regular guy. He is in a certain prime of his career right now, and is always engaging to watch.(If you haven’t seen his work on Hannibal, correct that mistake) The rest of the acting is top notch as well. Each character turns out sympathetic in some way despite the consequences they thrust upon Lucas.

That’s the real strength of Vinterberg’s direction here. He places a real “what would you do?” attitude upon the audience with each character. While you know the entire time Lucas is completely innocent, you also can’t necessarily blame other’s for the actions they take towards him, as they believe him to be a child molester. You can’t blame them for believing that Klara, a child, wouldn’t lie about something as serious as this.

The Hunt is a stark examination of ostracism from society. I remember thinking to myself halfway through the film that even if divine intervention showed everyone his innocence, Lucas’s life would still never recover from the incident. This film keeps to that mindframe until the credits roll. As the accusations rise, he almost begins to believe them, and in turn pushes away those who want to help him. It’s a very interesting look at the effects of ostracism and a fully engaging film.