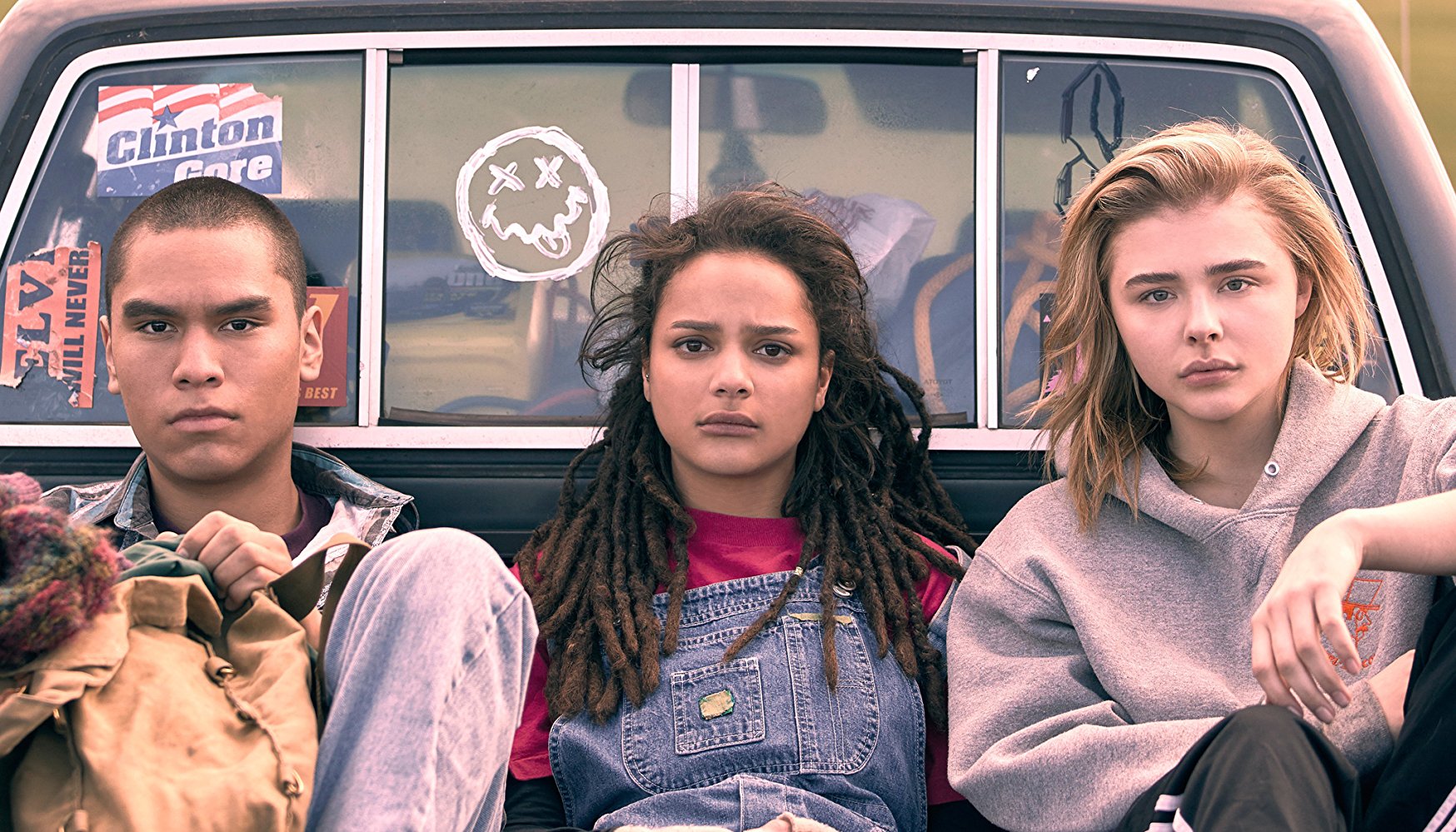 I saw The Miseducation of Cameron Post won the top jury prize at Sundance for its category on Saturday night. Congratulations to them, good for them. But when I saw that, I just went “Really? That film?” I don’t feel good about not liking it, writer/director Desiree Arkhavan has her heart in the right place with this film, it’s just that it’s so painstakingly average. It’s not that it’s bad, it’s just not that good. It means so well, but good intentions doesn’t automatically equal good filmmaking.

The Miseducation of Cameron Post follows the title character (Chloe Grace Moretz) as she gets caught making out with a girl at prom in 1993 and is sent to a christian gay conversion therapy camp.

Arkhavan is clearly good with actors, everyone is contributing solid work and she’s got a talented cast in talents like Chloe Grace Moretz, Sasha Lane and Jennifer Ehle. John Gallagher Jr. is an actor I always like watching, and he’s a real standout here as Reverend Rick, one of the camp leaders. You just see Gallagher display an inner battle so authentically as he struggles with the fact that he knows deep down that he’s gay and that this camp’s teachings and “therapies” are bullshit, all while he puts on a happy face and genuinely tries to connect with these teenagers.

The biggest issue I had was that Arkhavan just disappointingly doesn’t have much to say about camps like this and their ideology, other than the obvious which is that they are absurd and harmful. But she expects us to be shocked about these things when they seem closer to common knowledge than a whistleblowing secret. It’s like she thinks she’s exposing us to these terrible practices, but we already know about them – or at least I hope we already know. If this had come out like 10 years ago, it may have the effect of guilt and outrage she wants the audience to feel, but we are just more educated now than we used to be, thankfully.

Good, progressive values in a film just isn’t enough to make it a good film. We’ve grown as an audience and a culture, and I’m glad we have. You want to like a film like this because it stands for something good and worthy, but ideology is only one part of what makes a great film, and Cameron Post is lacking the other parts.