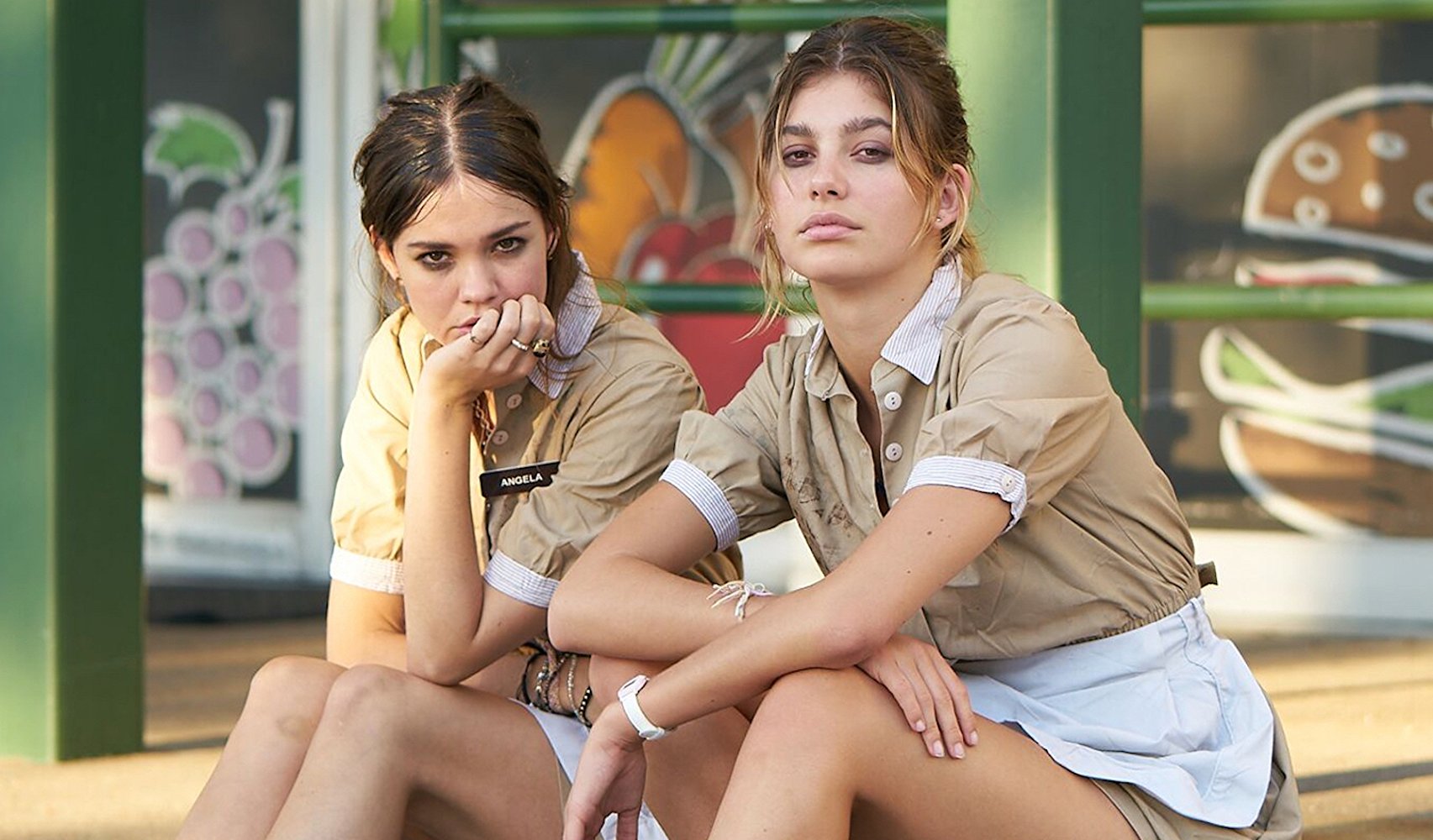 Writer/director Augustine Frizzell jokingly told the audience before the screening that she wished she had some weed to pass out to everyone, as this was the type of film to chill to. Watching Never Goin’ Back, it’s clear to see what she meant, as the film is an above-average stoner/slacker comedy. Never Goin’ Back follows two high school dropouts and roommates, Angela and Jessie, who waitress at a diner in Dallas. Looking forward to a weekend vacation at the beach in Galveston, their plans are ruined after their house is robbed, they spend 2 days in juvenile detention and they lose their jobs. Now they are running out of time to find enough money to cover rent and their upcoming vacation, and they set out on the town on a journey to find a way to get the money.

Frizzell directs the film with welcome energy, like she’s on some of the drugs her characters keep taking. There are points where the film, and its performers, are trying too hard to be funny but for the most part it hits its marks of hilarity. It’s got a Superbad vibe to it, where you’re watching these friends just do stupid shit but you actually care about them because of their authenticity. Augustine Frizzell is an exciting talent, I look forward to seeing how she develops.

Maia Mitchell and Camilla Morrone are delightful as Angela and Jessie. They have a lived in chemistry with each other, you really believe they’re die-hard friends. There’s plenty of humor devised around the tired premise of “Holy shit, look at how high they are!” in this film but it is actually funny thanks to the natural comedic intuition of these actresses. I look forward to seeing more of these two, and hope they continue to get comedic opportunities. This film may not be one of the best films I saw at Sundance, but it was certainly not one of the worst. It’s the type of film you can just chill with friends and laugh to, and there are worse things for a film to be than that.