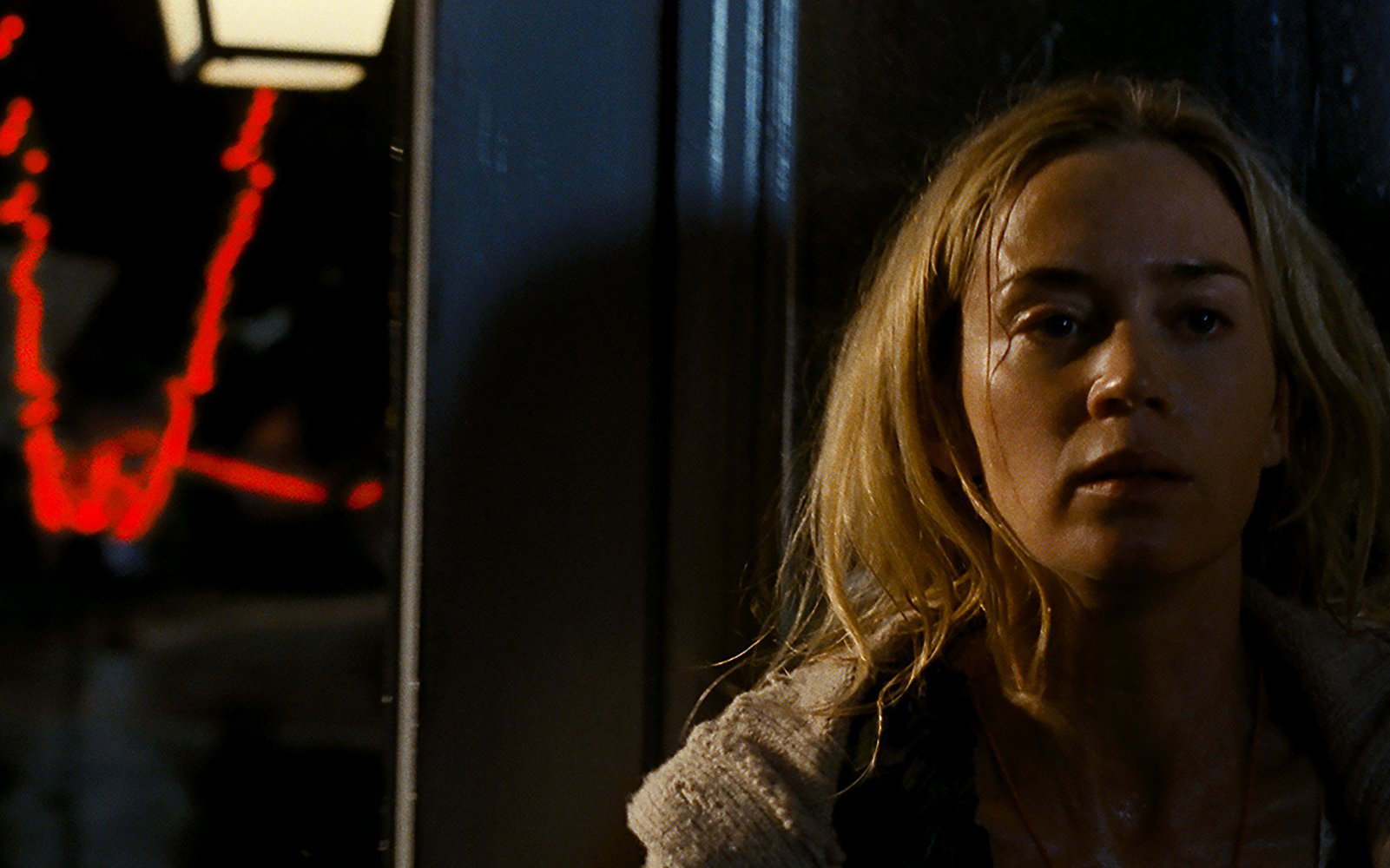 The rules of this film are simple, and it establishes early on that there are absolutely NO exceptions to this rule: If you make a sound, unknowable creatures will find and kill you within seconds. The premise sounds a lot zanier than it is, it’s played as pretty straight horror successfully in A Quiet Place. But the how is what makes the film special, director/actor John Krasinski gives you every piece of information you need to know in the film’s opening without a character telling you. You realize why this family is so expert at sign language so quickly, what the dynamics of the family are and what the rules of this world are simply because Krasinski shows you rather than tell you. He lets you figure it out, trusting you can follow his film without him holding your hand. This is why A Quiet Place succeeds, not just because of a premise that you wish you would have come up with, but how effortlessly it communicates its premise and consequences to the audience.

Emily Blunt is on the list of actors/actresses where all I need to know is that they’re in a film for me to see it. Blunt has never mailed in a performance, years ago I watched this shitty horror film called Wind Chill late at night and it was terrible but she was acting her ass off, I knew then that she was great. There’s a lot of acting that has to be communicated sans dialogue, and she communicates to the audience effortlessly everything they need to know about her character. Her mere presence elevates the quality of this film, that’s as simply as I can put it. There’s an urgency to John Krasinski’s performance that comes naturally, and obviously his and Blunt’s real life marriage carries over to the authenticity of their performances.

I didn’t know John Krasinski had this level of direction in him. His previous films have been human dramedies, and serviceable at best. He may have found his calling in genre filmmaking. He knows how to draw out each scene to maximize the tension, knowing just what to show you and not show you to make you as scared as possible. He also sticks the landing on the emotional moments too. The themes of grief and parenthood result in moments that should have been trite and ham-fisted, but actually come across as genuinely affectionate and tender. The cinematography by Charlotte Bruus Christensen draws on natural lighting, really grounding the terror of the film in our physical reality. About a third of the way through I thought to myself “This sounds like a Marco Beltrami score.” I don’t know what that means aesthetically, but I was right! Beltrami crafts a subdued and tense score that accentuates the terror, longing and isolation of the film.

The design of the creatures is ambitious and imaginative. Krasinski does a great job of not giving you many clear looks at them, and when he does they’re so bizarre and terrifying that you’re not entirely sure of what you’re looking at. This inability to comprehend them just makes them all the more mysterious and terrifying. Also, props to this film for having a third act that lasts an entire hour and actually having it never drag, keeping it tense and emotional. The stakes keep getting raised, there just seems to be no escape from this terror. You’re in a chokehold for an hour, and it’s a lot of fun to be taken like that. An interesting thing happened at my screening – everyone in the audience was totally silent, afraid to make a sound.

One thought on “Review – A Quiet Place”