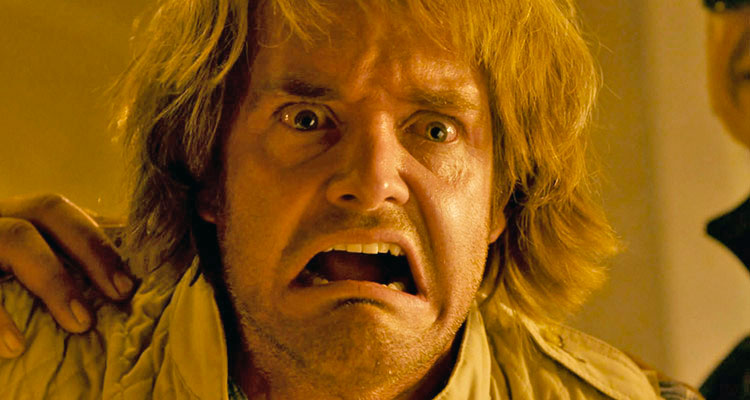 I was originally going to do a list of my 25 favorite films of the decade, just like how I do my favorites of the year. But I was never at peace with it no matter how many times I went over it. Trying to keep it at 25 was killing me, picking which films went and which ones stayed was pretty much like the climax of The Killing of a Sacred Deer (if you know, you know). I hated making that list, even if it was of my favorites. But the one constant through all of it, the one thing I knew all along – like Kevin Costner with “Vontae Mack no matter what” – was that Jorma Taccone’s MacGruber was my favorite film of the decade.

Back in 2010, me and my buddy Huston went to see this on opening night because it was the only thing either of us were halfway interested in seeing. There were like 5 other people in the theater. To this day, MacGruber holds the title of the hardest I’ve ever laughed in a theater. Me and Huston didn’t watch this film again for another 3 years, but we could quote the entire film from memory in the meantime.

At the end of 2010, I remember reading an interview with Edgar Wright and he was being asked about his various favorite things of the year and when they asked him what his favorite sex scene was he replied “There were two, and they were both in MacGruber.” Apparently he watched that film everyday during the press tour for his Scott Pilgrim. That made me love that man even more. And over the years, there’s been almost like a secret society of filmmakers I love who also love MacGruber. Christopher Nolan, Paul Thomas Anderson and Rian Johnson have all voiced their love for the film, and my love for them has grown for it. I loved Saoirse Ronan even more when she said her favorite sex scene was in MacGruber.

I could try to convince you how well-made this film is, and how wonderful Will Forte is in it with his manic dissection of the fractured male ego, but I won’t. Favorite films shouldn’t have to be so justified. I love this film for how it has stuck with me and continued to make me laugh. I’ve lost count of how many times I’ve yelled “JUST TELL ME WHAT YOU WANT ME TO FUCK” and all the KFBR392 references I’ve made over the past decade. I still hold out for a sequel. Whatever it takes to make it happen, I’ll do it. Just tell me what you want me to fuck.