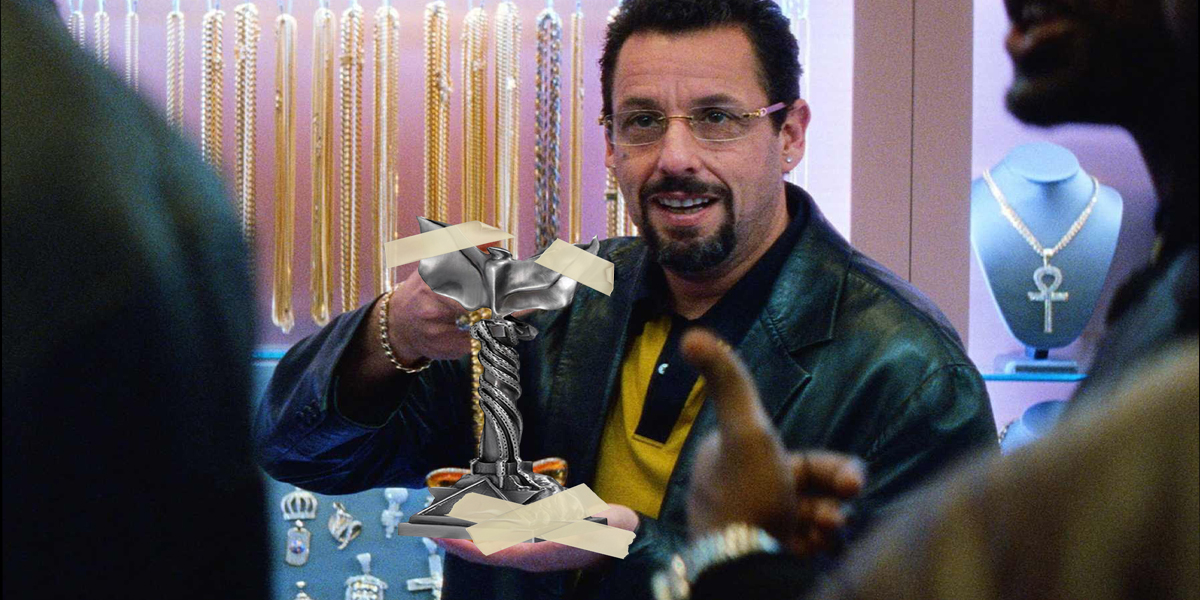 Photo Edit by Travis Wilker. Or is it art? I think it’s art.

I can’t be the only one who dreads Oscar nominations day. It’s one of the 5 worst days of the year every year without failure. Industry award shows should operate as a celebration of the work that year, it’s just that the Oscars are the worst at celebrating their industry and artistry. The Tony’s have been the best at this for a good while. They understand they are there to promote their industry, their awards show is a genuinely fun watch even for non-theater junkies like me, everybody seems to just have fun and they know who their audience is. Meanwhile, the Oscars last longer than the average MLB game, they devote almost a third of their runtime to the most useless film category: best original song, and just continually give you reasons to not watch it. It is god-awful live television. They find new inventive ways each year to fuck themselves. They’re going to give Joaquin Phoenix  an award for his worst performance, which is terribly indicative of how they operate. One of the worst movies I’ve ever seen has 11 nominations somehow while incredible films like The Farewell, Uncut Gems, Midsommar and The Last Black Man in San Francisco have nothing. I don’t want to go full Stephen A. Smith here, but HOW DO YOU DO THAT????

I made the joke in my Midsommar review and dammit I’ll make it again. Imagine watching LeBron carry that awful last Cavs team he was on to the finals that year and going “I think Jeff Green’s the best player on this team.” because that’s what the Oscars are. They are absolutely terrible at evaluating talent and achievement.

I started asking myself a question after I didn’t watch last year’s ceremony: Why do the Oscars even matter? Or perhaps, why do we even let them matter? Why do we put the biggest cultural currency into an awards show that will only fail us? I normally write a giant Oscars column going over all the nominees, but I’m not doing that this year, because I don’t care about the Oscars anymore. I’m done holding any hope of them ever being fun to watch. I didn’t watch a single second of last year’s broadcast and it was great, and I don’t plan on watching a single second of this year’s either. Shit, I’m prepared to say I won’t be watching a single second from here out. Why should I put myself through that? May I present the Film Independent Spirit Awards, the alternative programming that deserves and rewards your attention.

The Spirit awards do a good job of celebrating independent film of the year, they nominate well, and their awards show is genuinely fun to watch. The hosts always have great jokes in their monologues. I remember years ago Seth Rogen was hosting and he joked that “If it was the Oscars every time I would tell a funny joke it would cut to George Clooney looking incredibly charming and laughing, but since this is the Independent Spirit Awards every time I tell a joke instead I’m gonna cut to Michael Shannon looking creepy.” and then they cut to a shot of Michael Shannon holding his dinner knife threateningly. I was hooked on this awards show right then. There’s never animosity between the nominees built up like it is at the Oscars. Aubrey Plaza had a good joke about this last year in her host monologue when she said “This could be the day that Won’t You Be My Neighbor? finally tears the dick off of Hale County This Morning, This Evening.” There is genuine goodwill between nominees here. Nobody’s ever been “snubbed” at the Spirit awards. Everybody who gets a nomination justifiably deserved it. And if you disagree, so what? It’s only the Spirit awards. They won’t ever make you see “From the Spirit Award Winning Director Todd Phillips” because studios don’t care about them as much and the Spirits are also not going to give nominations to people who do a shitty job. Most of all, in deep contrast to every other film awards show, the Spirit awards actually do a great job of marketing their industry, and marketing great independent film. There’s always a surprise film or two that I hadn’t heard of previously until they let me know about it. This year, I wouldn’t have seen For Sama (in my 25 favorite films of 2019) if they hadn’t nominated it for best documentary. Other films like Give Me Liberty I am extremely keen on watching now after their nominations.