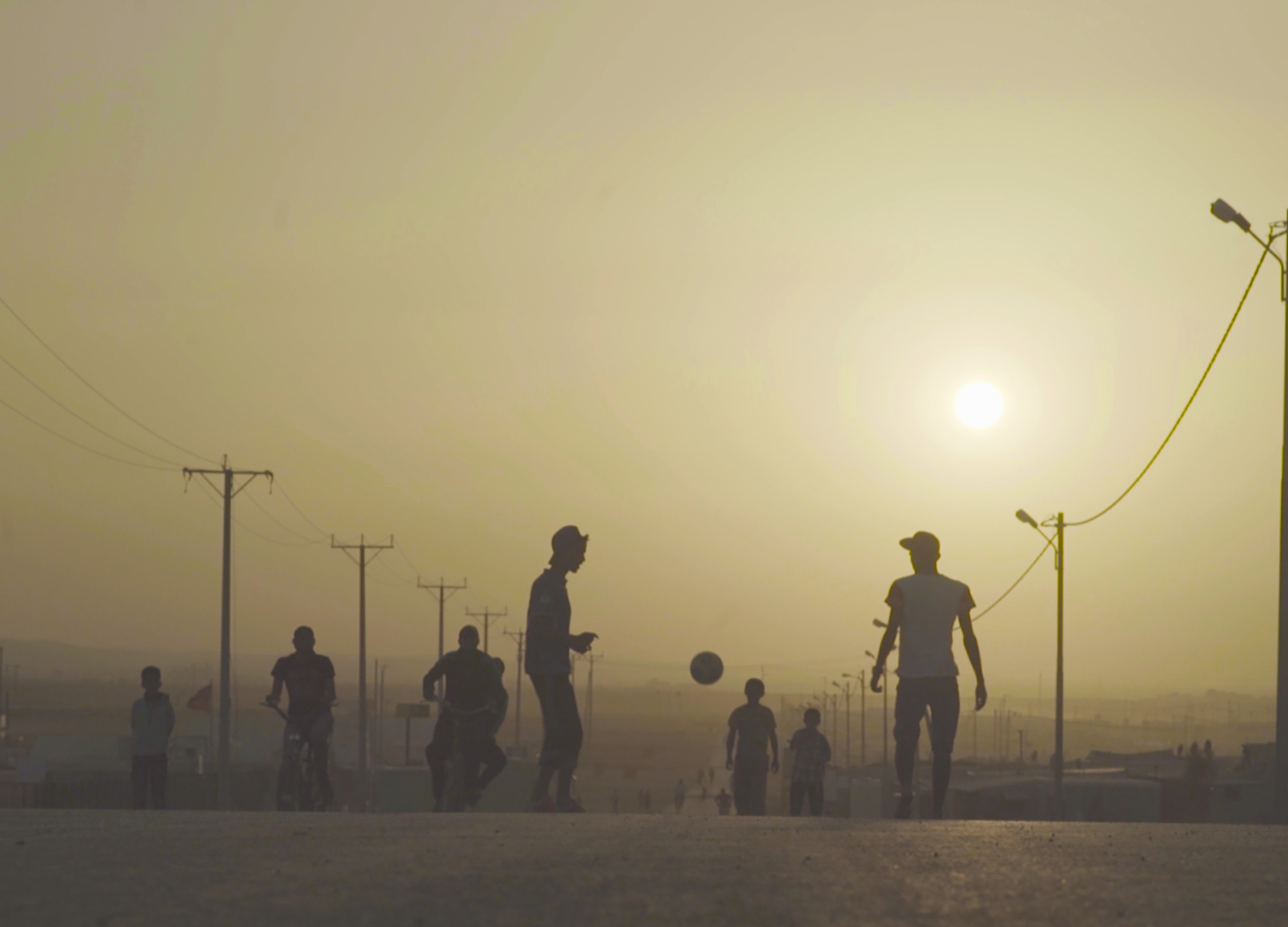 I wasn’t prepared for how quickly I’d be taken by this film. Looking at how sports can pull people out of a poor quality of life is not an unfamiliar premise, and can easily be portrayed in a trite manner. The authenticity and intimacy director Ali El Arabi is able to achieve with his subjects in his documentary propels this above any standard treatment of this material and themes.

Captains of Zaatari follows two young cousins, Mahmoud and Fawzi, living in Zaatari, the largest camp of Syrian refugees in Jordan. They are obsessed with football, and when the opportunity comes for them to go play in a tournament in Qatar representing their camp, they get a taste of what life could be for them.

El Arabi has a clear, deep trust with his subjects. He’s never intruding on them when he films, they don’t even seem to register he’s there. He’s able to get some raw moments of emotion, and the conversations between Mahmoud and Fawzi about love, life and football are a joy to witness. These cousins busting each other about girls they love are some of the funny interactions between these two we’re able to be a part of because they have no qualms about El Arabi filming them. You really get to know these two, and you’re immediately rooting for them.

Mahmoud remarks at a press conference that refugees need opportunity, not pity. And that’s what the whole film has been building to. El Arabi is able to weave in multiple examinations of sports, race, class and refugee life in ways that never feel heavy-handed. He never had to steer the material there, he just had to be ready to capture it. He’s able to bring us right into a fascinating world of the Qatari soccer league, having profound empathy for those he’s filming. I wish I had more to say about this film, because it is a special one. This is absolutely one of the best films I’ll see at the festival, and I sincerely hope it gets a good distribution opportunity.